Amid the backdrop of the coronavirus pandemic, negotiators have continued the arduous task of putting together the UK’s trade deals with both EU and non-EU countries. 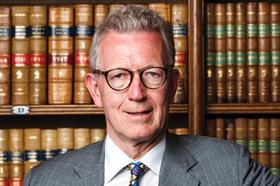 Twenty countries or blocs have officially signed trade or continuity agreements with the UK, but there are still ongoing discussions happening behind closed doors.

The Law Society’s international policy team have been lobbying on behalf of our members to ensure that legal services and the voice of the legal profession are heard in these discussions.

The work we have been doing with our colleagues in the EU, US and Japan, among others, focuses on reducing the remaining restrictions and barriers our members face when operating internationally.

The withdrawal negotiations between the UK and EU have made the headlines in the last four years. Once the withdrawal agreement had been approved, the UK officially left the EU on 31 January. This date marked the start of the transition period that is set to end on 31 December.

Following the agreement in the Political Declaration, both the EU and the UK began talks on the new partnership agreement in March.

Free trade agreements rarely cater for legal services or other parts of professional and business services that have been such a success story in the UK. Law Society-commissioned research conducted by KPMG earlier this year found that legal services contributed nearly £60 billion total Gross Added Value to the UK economy.

England and Wales, meanwhile, is one of the most open jurisdictions for foreign lawyers and gives lawyers qualified in foreign jurisdictions the freedom to provide legal services and establish practices in the UK.

This will not change once the UK leaves the EU. European lawyers can still provide legal services, practice public and private international law and their state/jurisdiction of origin law.

As for UK lawyers, upon our exit, the UK will no longer be within the framework of European directives which have guaranteed access to EU markets.

We hope the negotiations provide a platform for the government to mitigate this loss of EU market access and ensure continued success of the UK’s legal services sector.

To achieve this we have been focusing on:

As for the UK’s FTA negotiations with the USA, which started last month, the Law Society has been working closely with the Department of International Trade (DIT) and the Ministry of Justice (MoJ) for a number of years, and as a result legal services are one of the priorities for the talks.

On the whole, the US is a fairly open market for UK legal services, with long-standing connections between the two legal professions.

However, despite its relative openness, there are still some barriers to trade in the US, which must be handled on a state-by-state basis, as legal services regulation is not a federal matter.

Our top state priorities based on our member’s interests and commercial considerations are California, New York and Washington, DC. Followed by Illinois, Florida, Massachusetts and Texas.

The key areas we are seeking to have considered are:

In Japan, meanwhile, the UK is currently party to the EU-Japan Economic Partnership Agreement (EPA), which entered into force in February 2019.

On 13 May, DIT published its public bundle on the UK’s approach to negotiating with Japan.

In light of these trade negotiations, the Law Society has been working closely with counterparts in government to identify barriers and opportunities and to enhance areas of mutual interest.

While not all barriers currently facing members in Japan can be addressed by an FTA, this has provided us with an invaluable opportunity to discuss these issues with our colleagues in Japan and raise awareness of the practicalities of doing international business.

We are glad to see that professional services, particularly legal services, are specifically mentioned in the DIT’s public bundle, which notes that an FTA with Japan “could allow professionals to move more easily and support recognition of professional qualifications, for example in accountancy and the legal profession”.

The Law Society is working on raising awareness of legal services issues, ensuring they are on the agenda and trying to get the best outcome for our members.

The key areas we are seeking to have considered are:

With the UK set to leave the EU at the end of the year, the Law Society will work tirelessly to promote the interests of our profession and UK citizens and corporates with our international colleagues and stakeholders.