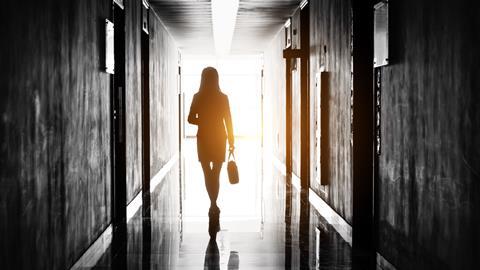 Whenever the issue of the gender pay gap is raised, there will inevitably be some commentators who are quick to point out that the statistics cannot be taken at face value. They will argue that the reality is not as grim as the figures suggest. 'It is unlawful for employers to pay men and women different amounts for the same role,' they tell us. They are right, of course. That is the law. Men and women should be paid equally for equal work. 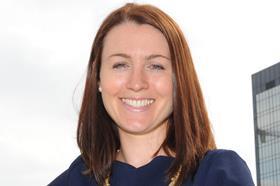 But it does not automatically follow that there is nothing amiss. Within the legal profession, as without, the picture remains bleak. To argue otherwise is to fundamentally misunderstand what the pay gap indicates, and also the scale of the problem that the mandatory reporting of it is designed to illustrate.

The fact is that women are paid on average 43 per cent less than their male colleagues at the ten largest law firms in Britain. A key reason for the statistical difference between the average pay of men and women in our sector is that it is a product of the tendency for men to hold more senior positions.

We know that plenty of women are starting legal careers - more than half of our pupil barristers and those admitted as solicitors in the last year were women - yet those in leadership positions in the law remain in the minority: nationwide, women account for only 30% of partners in private practice.

So does this dearth of women in senior positions imply that women are simply choosing not to take these roles? Does it suggest that men are better suited to the demands of partnership?

Unsurprisingly, the fact that female lawyers are not progressing in tandem with their male counterparts is not due to a self-imposed limitation on the part of women everywhere, nor, fundamental male superiority or suitability for senior leadership.

Rather, studies have shown that alongside bias in recruitment and promotion practices and a tendency for workplace cultures to favour men, much of the gender pay gap in the legal profession is attributable to the simple fact that many, many more women than men leave careers in law before they are able to reach their full potential.

However hard we try to promote equality, we simply cannot achieve a representative gender balance at all levels of legal practice without first addressing this unusually high rate of attrition of women in the sector.

Currently, little is known about the factors that cause women to leave legal careers, what they go on to do and what, if anything, might have led to them choosing to stay. This is why, at Birmingham Law Society, we are partnering with academics from the University of Birmingham Law School on a new research project about those women who are ‘Lost to the Law’.

During the course of the project, researchers will be conducting anonymised interviews with women who have left legal careers, as well as analysing a wide range of existing data and research literature. Far from being just an academic exercise, the knowledge that can be garnered as a result of this kind of rigorous and independent research has the potential to be a tool for real change, enabling employers to make informed decisions about the policies and practices they can implement to support and enable women to remain in the profession.

Alongside efforts to improve the quality and scope of the existing evidence base, Birmingham Law Society has also launched two new initiatives designed to increase support for, and promote visibility of, women currently practising law in the region. These include a peer-to-peer, inter-organisational mentoring scheme for our female members, and a social media video campaign designed to recognise and celebrate those who have made a difference to women at all stages of their careers.

The gender pay gap in the legal profession is unfortunately very real. As we celebrate 100 years of women in law, it is our hope that our work at Birmingham Law Society will go some way towards reducing the rate of attrition of female legal professionals in the West Midlands and beyond, and in doing so will help to make the next 100 years even more fair and progressive than the last.

If you, or any women you know, have left the legal profession and would like to know more about participating in the research project, please contact the researchers at the University of Birmingham at ceplerresearch@contacts.bham.ac.uk