We will not accept band-aid solutions

When we launched the First Division Association (FDA’s) Manifesto for Justice in May, standing side by side with our professional colleagues at the Law Society and Bar Council and supported by the Secret Barrister, we called upon the government to commit to justice. 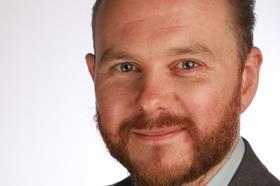 Which is to say, we asked them to answer four key demands to save an ailing criminal justice system.

The FDA told them that we needed to see a properly resourced Crown Prosecution Service (CPS) and a halt to legal aid cuts. That there had to be investment in digital disclosure and competitive pay and fees, so the criminal justice system could recruit and retain lawyers.

Meanwhile, CPS prosecutor numbers have fallen alongside real terms pay for both defence and prosecution. Indeed, this whole area of law seems to be under threat: from May 2015 to January 2018, the overall number of practicing solicitors rose by 7.8%, but the proportion specialising in criminal work fell by 9.4%. On top of all this an explosion of digital evidence has left the system – in the words of a former director of public prosecutions – 'creaking' under a lack of resources.

When the election was called, we issued a challenge to three main parties to pledge their support for the manifesto. To date, only one has responded.

In an election dominated by Brexit and higher profile public services like the NHS, we feared that the issue of criminal justice funding would not receive the scrutiny it deserves. And, as the political party manifestos emerged, we quickly saw what was missing.

The Liberal Democrats vowed to 'invest £500 million to restore legal aid', which is of course laudable. But the party was silent on the subject of prosecutors and defence lawyers. The Conservatives like to style themselves as the 'law and order party' – who can forget Boris Johnson’s ‘Crime Week’ back in August – but his manifesto focusses on police and prison places, extending sentences and electronic tagging. Where are the courts, the barristers and solicitors? Where is the 'law'?

As the union for independent and impartial prosecutors we do not give policy prescriptions or make partisan comment. We are not party-affiliated. But we will not accept band-aid solutions to problems caused by deep budget cuts.

When Boris Johnson and the Conservatives promise 20,000 new police officers, we expect that they will provide the numbers of lawyers necessary to prosecute the additional crimes they will investigate. When Philip Lee and the Liberal Democrats talk about needing to invest in the capacity of prisons, police and probation, we expect that they will also invest in the prosecution service that links these elements.

So why are the Conservative and Liberal Democrat manifestos, despite both promising more police and expanded prison resourcing, conspicuously silent on the role of the CPS? The justice system is exactly that, a system that needs all of its constituent parts to be working in order to function effectively. Police and prison numbers might grab headlines, but they are meaningless without a strong and properly resourced prosecution service. The role of the CPS is still widely misunderstood, and outdated myths about fat cat lawyers don’t exactly help with garnering public sympathy. But no-one joins the service for the money. They go to work to protect the public, in the face of negative headlines and harrowing cases.

We welcome Labour’s commitment to support the manifesto. The shadow attorney general Shami Chakrabarti, the shadow justice minister and shadow chancellor have all come forward to sign up to it. But the commitment to a properly funded criminal justice system should not be owned by one party. It should be a bipartisan principle.

Keeping the public safe while ensuring that justice is done – and seen to be done – are basic and essential requirements in a mature democracy. Which is why we continue to call on all of the main parties to show their commitment to those principles by backing our Manifesto for Justice.

It is not too late. I say to attorney general Geoffrey Cox and Liberal Democrat justice spokesperson Phillip Lee, if you are reading this, please give us a call. We would still very much like to talk.