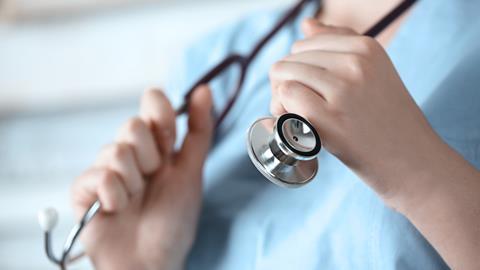 What if the super-exam applied to doctors?

A hypothetical scenario: the General Medical Council says there are too few doctors but too many negligence claims. It argues that the way medical students are assessed is variable and the structured training they undergo is unnecessary. It proposes a new system of medical qualification involving: a fundamentally different (and shorter) mechanism of assessing knowledge which requires no formal medical training; introducing a centralised assessment; and working on the basis that experience in an environment where students have had the chance to develop the skills needed to be a doctor will suffice. 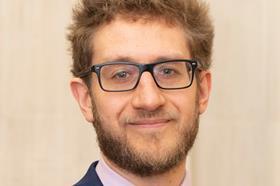 Unsurprisingly, there is uproar. A preponderance of people who know what they are talking about point out flaws. They do not object to a centralised assessment to ensure consistent standards, but they see risks associated with lowering the bar both in terms of assessment and the experience required to qualify. The reputation of the NHS is already in a precarious position pre-Brexit, and there are concerns that these proposals will dilute the reputation of the medical profession at the worst possible time. The GMC acknowledges its mistake, retracts its position and that is the end of it.

Does this seem plausible? In some ways it should and in others it unfortunately should not. Readers will, of course, be familiar with the Solicitors Regulation Authority’s move to introduce the SQE, scrapping training contracts in the process. Sadly I have not exaggerated the parallels with the scenario above.

Fundamentally, the SRA’s reasoning boils down to: many places have centralised assessments and that is better than having variation in standards; there are many complaints and insurance claims at the moment; it would be useful to be more flexible in terms of how you can get legal experience before you qualify.

The crucial subtext is the SRA’s broader objective for more people to qualify as solicitors to increase market supply and drive down cost. Parallel changes to the Handbook regulations to permit lower indemnity insurance levels and to permit ‘freelance’ solicitors to work on an unregulated basis belie contrary argument.

This is flawed. Yes, there is support for a centralised assessment, as having a consistent standard is obviously a good thing. However, potentially lowering the qualification standard to increase the number of solicitors is not only superfluous in achieving this goal, but also dangerous in terms of the profession’s reputation and consumer protection. As for the argument that there are many complaints/claims made relating to solicitors, the SRA itself acknowledges that this is dicey ground upon which to base changes (yet makes the argument nonetheless).

Remember the hours of essay-based exams you had to undergo during your LLB/GDL and then LPC to demonstrate legal knowledge? That is going to be replaced by 11 hours of (mostly) multiple-choice testing – at a level where it is envisaged that no preparatory course will be necessary. This is only half the time I spent being assessed on my legal knowledge during my GDL (22 hours), after months of lectures and seminars (let alone my LPC). And when was the last time you had to give a client legal advice via ticking a box (where you have a chance of guessing the correct advice) rather than constructing a sentence? As for training flexibility, would you be happy if the on-the-job ‘training’ of the person taking out your appendix consisted of them working as a nurse but with ‘the opportunity’ to do a bit of minor surgery here and there – and that being sufficient even if they have never actually done any? The SRA might counterargue that SQE will also incorporate skills-based exams, but this is just not a substitute for real-life experience (rather than ‘opportunities’).

In my fictional parallel I invoked the opprobrium that the great and the good would pour upon such a risible suggestion in a health context. In reality? The SRA’s own analysis of responses to its main SQE consultation noted that 60% of respondents either disagreed or strongly disagreed with the statement that SQE was ‘a robust and effective measure of competence’ (20% agreed or strongly agreed).

Linklaters wrote that ‘we fundamentally disagree that the proposed SQE is a robust and effective measure of competence…essay-based questions examine (1) students’ critical reasoning skills, (2) their ability to analyse and assimilate information, (3) their ability to recall information unprompted, and (4) their ability to construct an argument and present the issues and solutions they have identified in a coherent, convincing and consumer-friendly form… a multiple choice assessment alone cannot assess a candidate’s suitability to practise.’

The University of Oxford wrote that ‘[MCQ] testing is of no value in determining whether an individual would be able to give competent advice’.

Liverpool John Moores University wrote that ‘the literature relied on to support the contention that [MCQs are] an effective method of assessment does not in reality do this’.

So where does this leave us? The SRA broke its application to introduce the SQE (as presented to the Legal Services Board) into two stages. One was approved in March 2018 (with worryingly little comment and with the LSB explicitly saying that it would not even consider that the rationale was flawed) and a forthcoming coup de grace in November/December. The Junior Lawyers Division has written to the Commons justice select committee asking it to intervene and scrutinise this process.

Gregory Smith, a trainee solicitor at Hempsons in London, is a member of the Junior Lawyers Division executive committee