What we want from the new government

Aside from the mesothelioma compensation scheme (the fund for workers who cannot trace former employers’ insurers), it is hard to think of anything the government has done to help injured people in recent years.

Almost as soon as she corrected the discount rate, lord chancellor Liz Truss set about consulting on a change in how the rate is calculated. The foreword in the Ministry of Justice’s consultation document is clear; Truss as lord chancellor committed the government to the 100% compensation principle by clearly stating she remains ‘absolutely committed to the principle of full compensation – the “100% principle”’. It is quite right that a lord chancellor should be. Everyone should. We are not a functioning society if we do not look after our most vulnerable people. We will hold them to that commitment. 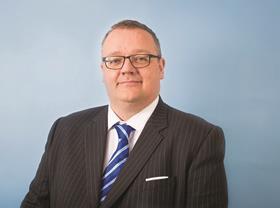 Another consultation from the last parliament, about a redress scheme for birth injuries, demonstrates an agenda which undermines the concept of full compensation for injured people. Under the scheme, infants would receive 90% of the average court settlement, but to receive even 100% of the ‘average’ settlement would be wrong. These children, with some of the most severe injuries, should receive 100% of what they need and deserve. Any settlement should be calculated very carefully to ensure the child’s needs are funded sufficiently for life.

There is no avoiding the fact that government attention will be focused extensively on Brexit-related matters. The Great Repeal Bill will convert EU laws (as they apply in the UK) into domestic law but the government has the power to pick out what is needed and dispense with what is not. Proper parliamentary scrutiny of this process is essential.

Many of the relevant legislative provisions applied to personal injury have their roots, and the basis for their continued development, in Europe, particularly those relating to workplace health and safety requirements. Health and safety regulations and subsequent case law have been an important factor in a decline in workplace deaths. We need to ensure this decline continues and is not reversed.

Prevention of needless deaths and injuries is a key aspect of APIL’s work. Much of the work of the last parliament was focused on reducing the cost of personal injury by preventing people from bringing claims, or reducing the cost of claims. But nothing was achieved in terms of preventing needless harm in the first place. Despite the Department of Health’s claim that it is committed to improving patient safety and reducing harm, for example, the number of patients harmed in NHS care continues to rise. Incidents have increased by 53% since 2010, suggesting no progress. Much has been said but not much has been done.

The government could do much to help itself by ensuring that injured people are not relying on the state unnecessarily. If it were to uphold the principle of 100% compensation and access to justice we, as a society, could ensure that it is the wrongdoers who pay to look after the people they harm. We want to see an environment in which everyone who is entitled to take action against those who hurt them can do so, and receive the appropriate level of compensation.

There are many issues up in the air from the last parliament: fixed costs; the ability of armed forces personnel to bring cases for negligence when they are injured; the discount rate; proposed reforms to whiplash claims; and plans to increase the small claims court limit for personal injury claims.

The approach to personal injury law needs turning on its head and refocusing on achieving its core purpose: fair compensation to meet the needs of the injured and thereby promoting a fair and just society for all. The government should take note that it will be remembered for how it looks after people, and vulnerable people most of all.

Brett Dixon is president of the Association of Personal Injury Lawyers