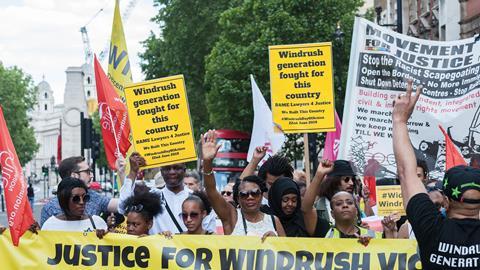 The Windrush scandal, as is well-known, concerns the institutional failures of the Home Office to recognise the lawful immigration status of a generation of individuals who arrived legally to the UK in the decades following the Second World War. 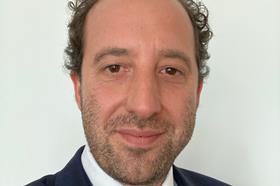 Many of these individuals continue to rebuild their lives, but are finding that their specific situation is not dealt with under the immigration scheme and the compensation scheme that have been set up to ‘right the wrongs’ committed against them.

The immigration scheme is unduly restrictive and prevents many individuals who have been affected by the historic breaches from regularising their status under the scheme.

Duncan Lewis represents one client who has issued judicial review proceedings to challenge the decision of the Home Secretary to refuse to consider her family members under the scheme. The individual spent her early childhood in the UK and was taken from the UK against her will when she was 8 years old. She spent most of her life in Trinidad, where she married and had all of her children, but made attempts to return to the UK.

Had the Home Office properly documented her settled status in the UK, and had they considered her status when she applied to return to the UK, her children would either have been British by descent, or would have come to the UK many years ago and would have been granted settled status or British citizenship by now.

Instead, in order to take up her grant of leave under the Windrush scheme, she was forced to leave her five children and husband in Trinidad, in the hope of regularising their status on arrival in the UK. The Home Secretary has refused to consider the claims of her husband and children under the Windrush scheme. The High Court has granted permission for the claim to proceed and is due to hear the matter in March 2021.

Another individual represented by Duncan Lewis is judicially reviewing the Home Secretary’s refusal of her application for British citizenship under the Windrush scheme. A Ghanaian national, she was settled in the UK as a child and young adult in the 1970s and 1980s, but, after spending two years in the US, was wrongly informed that she had lost her settled status when she tried to return to the UK in 1986.

The Home Office has accepted that she is entitled to a grant of settled status under the Windrush scheme, but has refused her application for citizenship on the basis that she does not fulfil the residence requirements.

The Home Secretary has decided that because she was not present in the UK on the date 5 years before her application for citizenship was made, she cannot make a grant of citizenship. In light of the Home Office’s unlawful acts, it is the Claimant’s case that the Home Secretary’s strict interpretation of nationality legislation is in breach of her rights under Articles 8 and 14 of the ECHR.

The individual was unable to satisfy the 5 year residency requirement because the Home Office has only recently recognised her unlawful acts and documented the individual’s lawful status.

These are just two examples of people impacted by the Windrush scandal, today and for the last several decades, prevented from returning to their home.

As set out in a letter to the Home Secretary in August 2020 from a number of law firms who represent individuals who have suffered losses arising from the Home Office’s breaches, the compensation scheme is not fit for purpose and is not operating in a way that guarantees fair access to justice.

There is no legal aid or other publicly funded mechanism to enable claimants under the scheme to instruct legal representatives to assist them in making the extremely complex and evidence-based claims for compensation.

Applications are taking over a year to be decided, and applicants are required to provide evidence for some losses which is supposed to demonstrate ‘beyond a reasonable doubt’ that the losses occurred. Given the failure of the Home Office to properly document these individuals, and the difficulties of obtaining evidence that stretches back decades, it is entirely unreasonable to apply the criminal standard of proof to the evidence that individuals must provide of their losses.

Duncan Lewis has a team of lawyers specialising in Windrush Cases and is assisting individuals to make applications under the immigration and compensation schemes and to challenge unlawful decisions made under those schemes.

The scale and severity of the historic and contemporary breaches committed against members of the Windrush generation and their family members by the Home Office is unprecedented.

The resulting claims are complex in evidential and legal terms, and the individuals concerned require legal advice and representation to be able to ventilate these claims and access justice.

One Home Secretary may have resigned over this scandal, but the institutional attitudes appear to be largely unchanged. This is an area ripe for challenge, and public and immigration lawyers are needed to bring these challenges to obtain the remedies sought by clients and help force the institutional change that is so long overdue.

Jeremy Bloom is a solicitor at Duncan Lewis