Women who blazed a trail for the pioneers

Helena Normanton made history by becoming the first woman to use the Sex Disqualification (Removal) Act when she joined Middle Temple in 1919. This legislation was passed just a day before and finally allowed women to enter the legal profession. Women had been prohibited from admission by reliance upon a medieval treatise enshrined by Blackstone in The Mirror of Justices, which stated that ‘the law will not suffer women to be attorneys, nor infants nor serfs’. Both Normanton and Carrie Morrison, the first woman to be admitted as a solicitor in 1922, are enshrined in legal historiography, but were they first? And is this a true reflection of history? 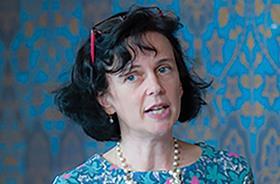 The first evidence we have of an organised campaign challenging the male exclusivity of the profession is in 1873, when Maria Grey, an educationalist and suffragist, organised a petition demanding the right to attend lectures arranged by the Council of Legal Education. This was rejected.

A more indirect challenge was made in 1860 by Maria Rye, a friend of Grey, who opened a law stationer’s office to train female legal clerks. So did Eliza Orme, who managed to practise law without being professionally qualified. In 1888 Orme became the first woman to graduate with an LLB and opened a law office, where she worked for 25 years as a quasi-lawyer.

Orme’s life illustrates the anomaly facing women: they could complete law degrees, which technically exempted them from certain parts of the professional exams, but could not enter the profession. Records show a ‘Miss Day’ also sought an indirect method of practising law in 1891, by attempting to become a licensed conveyancer ‘under the bar’. She was rejected.

Others took a more direct course of action, such as 18-year-old Margaret Hall, who in 1900 applied and was refused permission to sit the Scottish solicitors’ preliminary exam. At court she was declared not to be a person for the purposes of the legislation. In 1903, servant’s daughter Bertha Cave also made a direct challenge by applying to join Gray’s Inn and was rejected, despite being supported by two masters. Her later appeal was heard (and rejected) in the House of Lords, when she appeared as a litigant in person before a formidable group of judges.

The following month Cave appeared with Christabel Pankhurst in a debate demanding women’s admission to the profession. A dinner in her honour was held by the Women and Local Government Society, at which Lady Jane Maria Strachey presided. Strachey was a suffragist and friend of Millicent Fawcett (leader of the National Union of Women’s Suffrage Societies (NUWSS)). Her daughter-in-law was Ray Strachey, whose sister was Karin Costelloe (one of the litigants in Bebb v Law Society [1914] 1 Ch 286). Ray Strachey attended Cambridge in 1908. Her sister-in-law was Philippa Strachey, feminist organiser and NUWSS member. So, Cave was an accepted part of a network of feminist organisations.

The month after Cave’s hearing, Pankhurst applied to join Lincoln’s Inn and was rejected (despite support from Elizabeth Wolstenholme Elmy). Daughter of a barrister, Pankhurst graduated from Manchester University with a law degree in 1906.

Ten years later four women would bring the Bebb litigation, demanding to sit the solicitor’s preliminary exam. This case would be used as a precedent to deny women entry to the legal profession until 1919. The Bebb litigants announced their intended legal action at a dinner in 1913. Speeches were given by many, such as Holford Knight MP (friend and supporter to Normanton) and suffrage campaigner Chrystal MacMillan. Buckmaster KC appeared for Bebb and they appeared before Joyce J, who was at Cave’s hearing.  The litigants were all Oxbridge graduates and one of them would become a solicitor at the same time as Morrison. Everyone was interconnected. In February 1919 Buckmaster introduced the Barristers’ and Solicitors’ Bill, which would have allowed women into the legal profession. While it passed through the Lords, it was considered unnecessary by the government because of the passage of the Sex Disqualification (Removal) Bill.

We can see from this record that Normanton and Morrison made history by becoming ‘firsts’, but they were not the first women to make that challenge.  The use of Normanton and Morrison as icons and pioneers of women’s entry to the legal profession is both useful and challenging. Useful because women still face discrimination in the profession and any spotlight on discrimination is beneficial; but problematic because they were not lone agents of change but part of a network of challenging women.

What does it mean to be a ‘first’? Certainly, it marks the time when women were able to enter the legal profession, but it also suggests that the ‘first’ has set everything in motion, which is misleading. The ‘first’ can become the ‘face’ of the movement, and that risks a loss of perspective, critical analysis and critical comment. Role models are useful tools for inspiration and resilience, but there is potential for over-identification leading to caricatures and the distorting of truth.