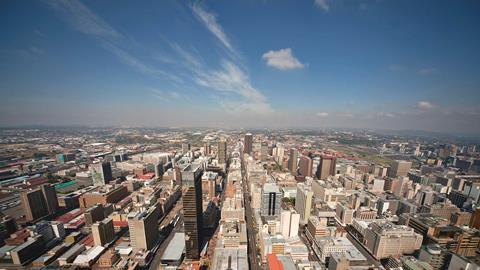 The UK competitiveness agenda has been at the forefront of business and government thinking since the Brexit countdown began in 2017. The African continent and its vast potential has steadily risen up the agenda over the last decade. Combine these interests, and four years on we are seeing recognition of the important role English law and legal services play in maintaining UK competitiveness – and increasing support from the government to promote them 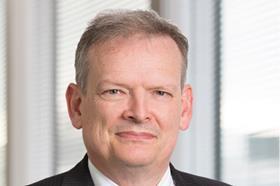 The government recently issued its Global Britain in a Competitive Age: the Integrated Review of Security, Defence, Development and Foreign Policy (read: post-Brexit world). This review has come in for much criticism, not least when coupled with the dramatic decrease in overseas aid and, for those who see Africa as key in the coming years, its lack of detail or focus on the continent.

As well as being head of the Africa practice at Hogan Lovells, I am co-chair of the UK Government’s Africa Investors Group, set up by Africa trade commissioner Emma Wade-Smith. So I can see the issues in the round and, frankly, beyond the integrated review. As a passionate promoter of Africa, I want to focus on the practical and positive role that the legal sector in the UK is taking in Africa, and increasingly in the public sector, led by the Ministry of Justice and the lord chancellor and his international team.

Put simply, Africa is a continent, which for a range of geopolitical, demographic and business reasons, will be at the centre of global business in the coming years. UK lawyers, like other businesses, have to take notice and engage now. Much business in Africa is still based on English law, so this is as critical for the government (and the exchequer) as it is for private sector.

For many years, the private sector has operated on the continent using a variety of structures and strategies. In the case of Hogan Lovells, we have an office in South Africa. Elsewhere, we work in a coordinated way from our offices worldwide in partnership with leading firms, with whom we have close relationships in the other 53 countries. The approach we adopt is based explicitly on understanding, partnership, respect and mutuality. This is business-critical. Other practices have a range of alternative, but valid and productive approaches. The legal services sector generated £165.5m in legal services exports for the UK in 2018 alone (ONS, 2018). Put simply, this is something we have to engage with, and this is increasingly understood.

I want to outline a number of reasons to be cheerful for what seems to be a real step change in emphasis on the part of the government and the MoJ – often working in tandem with the Department for International Trade (DIT) and Foreign, Commonwealth & Development Office (FCDO) – to the engagement of UK lawyers with African lawyers and business. This is coupled with the promotion of English law both as a business base, but also critically as underpinning the rule of law, good governance and ultimately prosperity. And in a spirit of partnership. There are no doubt other examples (and other views) – I simply speak from experience.

These events give sound advice to practitioners wanting to work with clients in Africa. At the recent MoJ event, I chaired the opening panel featuring leading general counsel from global businesses with a focus on Africa. This session, which is a must-listen for legal practitioners, gave clear and ‘straight talk’ guidance from a client perspective, including on delivery of advice, collaboration with other law firms, understanding clients’ business and, critically, their values, and the absolute need for a diverse approach.

So Africa is a key market for lawyers, notwithstanding the integrated review. It seems that the government ‘gets it’ and that the legal sector is being taken seriously. So we should engage.