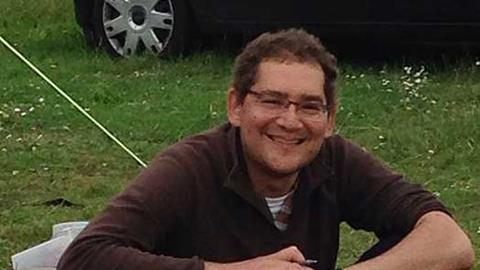 The high-profile environmental lawyer, who has died after a battle with cancer, was driven by a passion for rights and justice.

Phil Michaels, environmental lawyer extraordinaire, who has died after a battle with cancer, was driven by a passion for rights and justice and he always underplayed his enormous talent and skill. He made a deep impact both on environmental law and on all those who worked with him, who will remember him as a great friend.

A Londoner by birth, Phil began his legal career at Theodore Goddard and joined Friends of the Earth in 2001. I first met him in 2003 when he brought a successful legal challenge against plans for ‘Ghost Ships’, which were old and deteriorating US naval vessels, to be scrapped in Hartlepool. Each of the ships was contaminated with chemicals including asbestos, heavy diesel and carcinogenic PCBs.

This was typical of the type of case that Phil championed, as at its core, it was about respecting the laws protecting wildlife and the right of people to have a say about what happens in their neighbourhood. Hartlepool was already burdened with a history of environmental pollution, and the issue became a hot political potato with the local MP, Peter Mandelson. The court found that the necessary permissions did not exist to let the scrapping go ahead.

In another judicial review, Phil prevented Gordon Brown from abandoning a requirement on companies to report their environmental and social impact. Not only did the government back down and settle the case out of court by agreeing to re-consult, it also paid Friends of the Earth’s legal costs. Brown’s decision had provoked uproar so this was a significant victory for Phil.

Despite such achievements, he carried not the slightest hint of arrogance and was always great fun to work with. As a senior barrister put it, he was totally committed to the environment, but that never got in the way of his judgement or sense of humour.

Even when court cases failed, Phil was committed to highlighting the links between social inequality and environmental harm. His unsuccessful challenge to the government on its failure to meet fuel poverty targets forced ministers to introduce policy measures to demonstrate that they were at least taking some steps towards this goal.

As well as setting up the Coalition for Access to the Environment with fellow lawyer Carol Day, one of Phil’s lasting legacies was establishing Friends of the Earth’s Rights & Justice Centre (RJC), the UK’s first pro bono or affordable legal advice centre for environmental public law. It was a groundbreaking step for the sector and under his careful stewardship the RJC achieved victories that had real impacts on the ground.

These included taking a case all the way to the House of Lords to protect London’s Critical Mass cycle ride and acting for a residents group to prevent 7,000 trees from being chopped down for the development of football pitches.

Phil’s legal acumen and passion for campaigns work were widely recognised professionally; in 2007 he was named as one of The Lawyer magazine’s Hot 100 lawyers and in 2008 he was nominated as in house lawyer of the year and placed third, with judges commenting that he ‘set an example for others to follow’. But what really distinguished him was his steadfast dedication to helping ordinary people use their environmental rights and hold powerful interests to account through the law.

He trained members of the public and community activists on how to use their rights to environmental information and to obtain access to justice. As an information law specialist, one of his most prized wins was ensuring that the price charged for photocopying documents being disclosed was restricted to an affordable amount, generally 10p per sheet.

His training materials were often headlined with the edict that was originally written by Dr Thomas Fuller: ‘Be you ever so high, the law is above you.’ In order to ensure these rights could be exercised in practice, Phil pioneered the use of caps on the costs of losing environmental cases so as to make them more affordable.

He left Friends of the Earth in 2010 to work at the ‘coal face’, in this case a solar company set up by his brother Joe. When he agreed a few months later to provide a witness statement in Friends of the Earth’s legal challenge to a cut in the solar Feed-In Tariff, I teased him about the irony of his quick return to case work. As with most things, he took this in his very good-natured stride, and recently he had steered his course back to legal work.

Outside the office Phil was at his happiest in the natural world and was a devoted father, delighting in summer camping holidays with his family on the beaches of Cornwall.

Upon learning of the news of Phil’s death, Friends of the Earth’s policy and campaigns director, Craig Bennett, said: ‘Phil was quite simply one of the brightest, most driven, passionate and talented campaigning lawyers I’ve ever had the pleasure to meet. It was a real honour to work alongside such a giant. An extraordinary life, tragically cut far too short. The earth has lost one of its very best friends.’

Gita Parihar is head of legal at Friends of the Earth