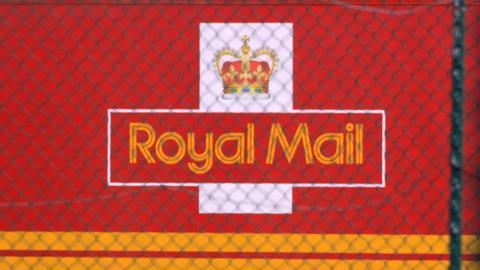 The appeal of the claimant (E) was dismissed, in proceedings in which he had alleged discrimination on grounds of race, victimisation and harassment at work. E had made many unsuccessful applications for positions within the defendant (Royal Mail). The Supreme Court held that the change in language from s 54A(2) of the Race Relations Act 1976 to that in s 136 of the Equality Act 2010 had not made a substantive change in the law. The employment tribunal had not erred in law in not drawing any adverse inference from the fact that Royal Mail had adduced no evidence from anyone who had actually dealt with any of E’s job applications.

The Equality Act 2010 (EqA 2010) brought together into a single statute the domestic law prohibiting discrimination on grounds of all protected characteristics. Section 54A(2) of the Race Relations Act 1976 (RRA 1976), along with similar legislative provisions, was repealed. They were replaced by EqA 2010 s 136.

The claimant (E) was born in Nigeria and identified as black African and Nigerian. He was a citizen of the Republic of Ireland. From October 2011, he was employed as a postman. Until August 2013, he was employed by a company working for the defendant Royal Mail Group Ltd (Royal Mail). From them on, he was employed directly by Royal Mail.

E made over 30 unsuccessful applications for such positions within Royal Mail on various dates between 30 December 2011 and 3 February 2015.

In June 2015, E began proceedings against Royal Mail in the employment tribunal, complaining of indirect and direct discrimination in relation to his unsuccessful job applications and harassment on grounds of race. He added a complaint that he had been victimised at work as a result of bringing his employment claim. In its decision on liability, the employment tribunal upheld the complaint of victimisation and one of the complaints of harassment. The other claims were dismissed.

In the meantime, on an appeal to the Court of Appeal in another case, the decision of the EAT in the present case on the interpretation of EqA 2010 s 136(2)  had been overruled: see Ayodele v Citylink Ltd[2017] EWCA Civ 1913. When the present case was heard by the Court of Appeal, the court was therefore bound by its previous decision in Ayodele to allow Royal Mail’s appeal on the issue. The Court of Appeal also held that the employment tribunal had not made any error of law in its analysis of the evidence and accordingly reversed the decision of the appeal tribunal.

E appealed to the Supreme Court.

EqA 2010 s 136(2) required the employment tribunal to consider all the evidence from all sources, not just the claimant’s evidence, so as to decide whether or not 'there are facts'. However, that had not made a substantive change in the law, because that was already what the old provisions had required as they had been interpreted by the courts (see [26] of the judgment).

It had been authoritatively decided that, although the language of the old provisions referred to the complainant having to prove facts and did not mention evidence from the respondent, the employment tribunal was not limited at the first stage to considering evidence adduced by a claimant; nor indeed was the tribunal limited when considering a respondent’s evidence to taking account of matters which assisted the claimant. The employment tribunal was also entitled to take into account evidence adduced by the respondent which went to rebut or undermine the claimant’s case (see [26] of the judgment).

In civil cases (including employment disputes) the general rule was that a court or tribunal had to find that something asserted by a party was a fact if, and only if, its truth was shown by sufficient evidence to be more probable than not.

It followed that an employment tribunal could only find that 'there are facts' for the purpose of EqA 2010 s 136(2) if the tribunal concluded that it was more likely than not that the relevant assertions were true. That meant that the claimant had the burden of proving, on the balance of probabilities, those matters which he or she wished the tribunal to find as facts from which the inference could properly be drawn (in the absence of any other explanation) that an unlawful act had been committed (see [29], [30] of the judgment).

Along with the facts which the claimant proved, the employment tribunal had to take account of any facts proved by the respondent which would prevent the necessary inference from being drawn. But that did not alter the position that, under IqA 2010 s 136(2), just as under the old provisions, the initial burden of proof was on the claimant to prove facts which were sufficient to shift the burden of proof to the respondent (see [30] of the judgment).

Deciding whether a dismissal had been fair or unfair was not a fact-finding exercise. It was a purely evaluative assessment made after all the relevant facts had been found (see [32] of the judgment).

The EAT had been wrong to suggest that EqA 2010 s 136(2) had changed the law so as to prohibit a respondent from submitting at the conclusion of the claimant’s evidence that there was no case to answer. There was, however, nothing in EqA 2010 s 136(2), any more than there had been in the old provisions, which prohibited the tribunal as a matter of law from dismissing the claim after hearing the evidence adduced by the claimant, if it was clear at that point that the claim was entirely hopeless. On the evidence, there was simply no basis for alleging discrimination, the employment tribunal was not legally obliged to hear evidence from the respondent just in case the respondent came to the claimant’s rescue and made a case against itself. Nor did the use of the word 'facts' rather than 'evidence' in EqA 2010 s 136(2) - the same word as was used in the old provisions - carry such an implication. It would seldom be safe to conclude that there were no facts from which the employment tribunal could decide that the test in EqA 2010 s 136(2) was satisfied until the end of hearing. However, there was nothing in EqA 2010 s 136(2) which excluded that possibility as a matter of law (see [33] of the judgment).

In placing upon the claimant the burden of proving facts from which the tribunal could conclude (in the absence of any other explanation) that there had been discrimination, the tribunal had not made an error of law. The claimant’s first and principal ground of appeal therefore failed (see [37] of the judgment).

It was important not to make too much of the role of the burden of proof provisions. They would require careful attention where there was room for doubt as to the facts necessary to establish discrimination. However, they had nothing to offer where the tribunal was in a position to make positive findings on the evidence one way or the other (see [38] of the judgment).

(2) Whether the employment tribunal had erred in law in not drawing any adverse inference from the fact that Royal Mail had adduced no evidence from anyone who had actually dealt with any of E’s job applications.

Where it was said that an adverse inference ought to have been drawn from a particular matter - in the present case, the absence of evidence from the decision-makers - the first step had to be to identify the precise inference(s) which allegedly should have been drawn. E had identified two such inferences: (i) that the successful applicants for the jobs for which he had unsuccessfully applied had been of a different race or ethnic origin from him; and (ii) that the recruiters who had rejected his applications had been aware of his race when doing so (see [43] of the judgment).

There was a risk of making overly legal and technical what really was or ought to be just a matter of ordinary rationality. So far as possible, tribunals ought to be free to draw, or to decline to draw, inferences from the facts of the case before them using their common sense without the need to consult law books when doing so. Whether any positive significance should be attached to the fact that a person had not given evidence depended entirely on the context and particular circumstances. Relevant considerations would naturally include such matters as whether the witness was available to give evidence, what relevant evidence it was reasonable to expect that the witness would have been able to give, what other relevant evidence there had been bearing on the point(s) on which the witness could potentially have given relevant evidence, and the significance of those points in the context of the case as a whole (see [41] of the judgment).

There was nothing in the reasons given by the employment tribunal for its decision which suggested that the tribunal had thought that it was precluded as a matter of law from drawing any adverse inference from the fact that Royal Mail had not called as witnesses any of the actual decision-makers who had rejected E's job applications. The position was simply that the employment tribunal had not drawn any adverse inference from that fact. To succeed in an appeal on that ground, E would accordingly have needed to show that, on the facts of the case, no reasonable tribunal could have omitted to draw such an inference. That was, in its very nature, an extremely hard test to satisfy (see [42] of the judgment).

In the circumstances, the employment tribunal could not be faulted for not drawing the adverse inferences contended for from the fact that no evidence had been adduced from the actual decision-makers. There had been plenty of evidence to support the employment tribunal’s finding that there was no prima facie case of discrimination and that the tribunal had been manifestly entitled to dismiss the claim on that basis (see [47] of the judgment).