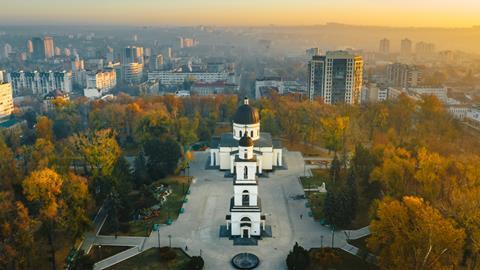 The appellants (T and C) successfully appealed against their extradition to Moldova, in the case of T, to face trial in respect of an offence of theft; in the case of C, to serve a sentence of five years' imprisonment for theft. The Administrative Court held that on the available information and evidence, the assurances given by the respondent government of Moldova with a view to satisfying the court that there was no substantial risk of inter-prisoner violence affecting those appellants if they were to be extradited were not reliable. The court noted that while the appeals had not been set up to be test or lead cases in relation to Moldova, the fact that they were, so far as was known, the first to have reached the higher courts meant that assurances given and assertions made by the respondent in future cases would have to be scrutinised with particularly anxious care.

*Tabuncic and another v Government of Moldova

The appellants (T and C) appealed against their extradition to Moldova. In T's case, he faced trial in respect of an offence of theft, for which the maximum sentence would be four years in custody, and an offence of hooliganism (elsewhere described as an offence of assault), for which the maximum sentence would be five years in custody. In C's case, his return was sought to serve a sentence of imprisonment of five years for theft. One of the central features of the appellants' case before the district judge was that they would be at risk of inter-prisoner violence, quite apart from their general attack on the acceptability of prison conditions. There was substantial evidence to support the appellants' case on both fronts. The respondent government of Moldova sought to meet that evidence by the provision of assurances.

In the event, the judge gave two judgments. The first left open what the judge regarded as an ambiguity so as to enable the respondent to provide further information, which it did. The judge then concluded the proceedings in the light of the further information by giving a second judgment on 3 July 2020. In that judgment, the judge stated that he was satisfied that the assurances given provided the appellants with reasonable protection against violence by non-state agents: if the terms of the assurances were fulfilled, there was no real risk of the defendants being subjected to violence that would violate art 3 of the European Convention on Human Rights.

By amended Grounds of Appeal dated 21 September 2020, C applied for permission to rely upon a newly released report of the European Council for Protection Against Torture (CPT) after its periodic visit to Moldova carried out between 28 January and 7 February 2020 (the CPT Report). The application to adduce the new CPT report as fresh evidence was allowed by order of the Court dated 27 January 2021. On 14 April 2021, six days before the hearing, the respondent's response to the CPT report was published in English on the CPT website.

Whether the judge had been wrong to find that extradition would be compatible with his human rights under art 3 of the Convention because of the inhumane and degrading prison conditions to which he would be subject.

The combined effect of the CPT Report and the respondent's response showed that the judge had taken a view of the respondent's assurances that had been over-optimistic to the point of being plain wrong. The main significance of the CPT Report was that it supported the appellants' submissions that the judge had underplayed the risk of inter-prisoner violence and had overstated the respondent's ability to cope with it in a way that would avoid infringement of the appellants' art 3 human rights. The CPT noted that the use of solitary confinement for victims of inter-prisoner violence was a form of self-imposed segregation which was seen as a means of escape from the aggressors which could entail 'an impoverished regime for prolonged periods (in some cases for years on end).' That contradicted the judge's finding that the use of solitary confinement would be used only in exceptional, unforeseen circumstances and for no longer than strictly necessary; it provided direct support for the evidence of the appellants' expert below that that form of segregation was the only means of protection from the violence threatened or carried out by the criminal subculture and that detention in such a regime could be for years on end. Similarly, the CPT reported understaffing and consequent management problems in controlling the prison population, which supported the submission that the judge had been wrong to find that the respondent's assurances about the management of its prisons and the enforcement of order could be relied upon. The Report expressed the respondent's failure to ensure a safe and secure environment for prisoners in clear terms (see [26]-[28], [30] of the judgment).

On the available information and evidence, the assurances given with a view to satisfying the court that there was no substantial risk of inter-prisoner violence affecting those appellants if they were to be extradited were not reliable. In C's case, there was the additional feature that, on the information currently available to the court, it seemed probable that he was subject only to a suspended sentence if he was to return to Moldova. Since the request for extradition had been founded on the assertion that he was subject to a significant sentence of immediate custody, that undermined the whole basis for sustaining the request (see [40], [41] of the judgment).

The appellants would be discharged and the orders for extradition quashed (see [3], [44] of the judgment).

Observed: 'While these appeals have not been set up to be test or lead cases in relation to Moldova, the fact that they are, so far as is known, the first to have reached the higher courts means that assurances given and assertions made by the Respondent in future cases will have to be scrutinised with particularly anxious care' (see [43] of the judgment).