SRA refuses to budge over private board meetings

The Solicitors Regulation Authority says it has no plans to go back on its controversial decision to close its board meetings to the public.

Speaking to the press today SRA chief executive Paul Philip and chair of the board Enid Rowlands were unrepentant on holding its monthly board meetings, previously free to attend, in private. 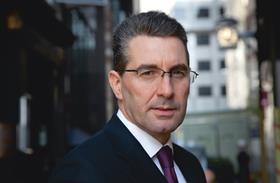 Instead the regulator promises to invite selected journalists to a post-meeting briefing and to make board papers available in advance, under embargo.

During today’s briefing, which followed this month’s board meeting in London, Rowlands insisted that members of the public were not attending previous meetings.

‘We know it’s really important to talk to you and that’s why we are here answering your questions,’ she said.

Despite the promises to send journalists material in advance of the press briefing one of the key documents discussed during the meeting, a document for consultation on the regulations needed to bring into force the Solicitors Qualifying Examination, was handed to journalists only when they arrived at the meeting.

Chief executive Paul Philip said the regulator had a right to hold discussions in private, just as it did under the old system when there was a public and private session.

‘A board has a right to discuss things in private but we are not hiding anything away that’s why we are here letting you ask questions. We had previous meetings where nobody came so it was clear the public model wasn’t working.’

‘We are not going back on our decision,’ he added.

The SRA public ban means no regulator of solicitors holds open board meetings, with the Legal Services Board also choosing not to admit the public.

The bar’s regulator the Bar Standards Board has told the Gazette it had no plans to restrict the public from its meetings, though it does also hold a private session. The Gazette attended its most recent board meeting last week.

SRA leaders say they will better engage with the public through holding meetings in different parts of the country; focus groups with the public; visits to local law schools; and seminars.