The Paris Appeal Court’s international commercial court, which opened in March, also offers speedy resolution, transparent decision making and guaranteed enforceability of judgments throughout the EU, a seminar on the attractiveness of the ‘new French model’ heard this morning. 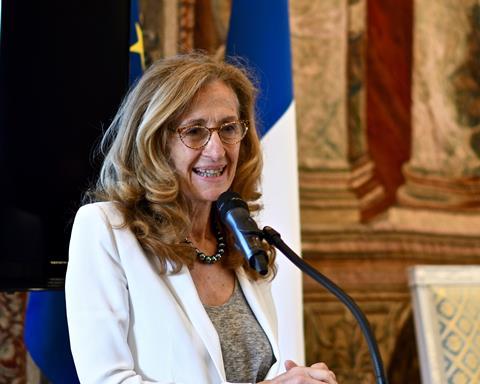 Opening the event, Nicole Belloubet, minister of justice, said the international chamber is one of a series of innovations aimed at creating 'clearer rules of play in tune with today’s global and digital economy’. These include the 2016 reform of contract law - the first substantial change for two centuries - and a measure allowing lawyers from non-EU states to practise as ‘foreign legal consultants’.

France has also introduced a version of deferred prosecution agreements, Belloubet said, with the second such agreement reached this week.

The international commercial court aims to attract cases from US companies, Belloubet said. 'Bilingual judges who are familiar with the the principles of common law’ will produce judgments that 'will circulate freely and be enforceable throughout the EU’.

One stumbling block in setting up the court was the constitutional requirement for court proceedings to be conducted in French. To meet this, applications must be in French but testimony will be allowed in English. Decisions will be published simultaneously in both languages.

Non-French lawyers will have to appear in conjunction with a French lawyer, the event heard.

Belloubet, a former academic lawyer, noted that the court would be ‘inexpensive’ compared with its international rivals. Fabienne Schaller, a judge at the court, explicitly contrasted the French approach to fees with the UK Ministry of Justice’s revenue raising strategy. London’s commercial courts charge 5% of the value of a claim, up to £10,000. In Paris, 'litigants pay a maximum of 100 euros in fees to fight the claim, the rest is taken care of by the state,’ she said.

Another saving will come from the speed of cases, with expedited decisions on the merits of a case available in between one and 15 days. As for lawyers’ fees, ‘there is not much the court can do about those’, Schaller said - while noting that at her former firm London-based lawyers were paid twice as much as their French counterparts.

The Paris Appeal Court has published procedural rules in English for the international chamber.