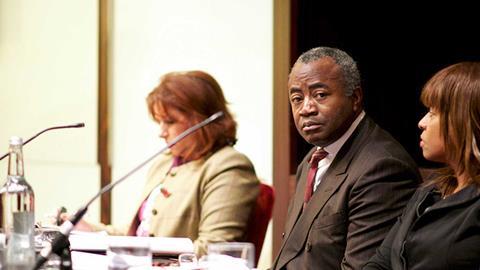 Barristers signalled support for the introduction of quotas to increase the diversity of the profession at the bar’s annual conference.

Desiree Artesi of London’s Thomas More Chambers said entry to the law is still too ‘socially exclusive’ and the process of change needs to be ‘significantly accelerated’.

She called for quotas to be introduced at tenancy stage across all sets of chambers to increase the number of women, and black and minority ethnic people at the bar.

Artesi suggested a clear ‘business case’ for chambers looking to expand into countries in Africa, for example, to recruit more BME candidates. ‘Some corporate clients have minimum diversity criteria for those acting for them – chambers will lose out if they are not diverse.’

Citing the increase in female MPs following the use of all-women shortlists, Kim Hollis QC, chairman of the Bar Council’s equality and diversity committee, suggested quotas are the ‘most efficient means’ of increasing representation.

Hollis said: ‘Quotas may not be fair, they may grate against liberal principles and cast aspersions on the merit of the applicant, but they are a means that guarantee equal representation quickly.’

But Courtenay Griffiths QC, of 25 Bedford Row voiced ‘vehement’ opposition, saying quotas would not work because they do nothing to address ‘fundamental issues of racism, prejudice and class’.

Griffiths argued that quotas are ‘insulting’ as they suggest a candidate is not good enough on their own ability and require the ‘hurdles’ to admission to be lowered.

But he warned that the ‘real danger’ in applying quotas lies in creating ‘ghettos’ in chambers, where barristers will be viewed as ‘second-class citizens’.

He suggested the ‘real driver’ to accelerate diversity rates will be globalisation and the desire of chambers to work for growing economies in Africa prospering due to oil, gas and mineral industries.

‘Commercial sets better wake up and smell the coffee,’ he said. ‘If you want to do business in those markets, put your house in order.’

Rather than gender or ethnicity, Griffiths suggested the ‘major barrier’ for entrants is where they went to school and university. He cited the Bar Barometer survey, which showed 40% of the profession went to Oxbridge and three London universities.

Most attending the session indicated support for quotas.