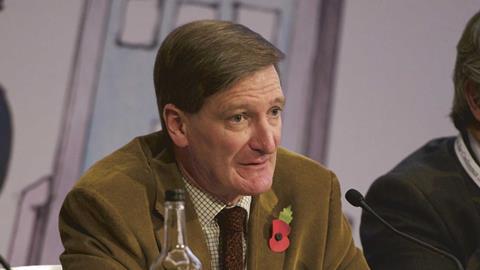 The attorney general urged barristers not to return instructions they have accepted for the most serious criminal cases in protest at fee cuts. If they do, he warned, the government may ‘look elsewhere’ for others to do the work.

Grieve, who as attorney general is also head of the bar, said he is ‘well aware that feelings are running very high’, particularly in relation to very high cost cases (VHCC). From this month, fees paid for VHCC work will be cut by 30%, though the government has agreed transitional arrangements under which some ongoing cases will continue to be paid at the old rates.

Grieve said he is ‘strongly of the view’ that barristers are entitled to refuse to accept new instructions at a fee they find unacceptable, as most have indicated they will.

But he said: ‘I do have concerns about returning instructions that have already been accepted, and particularly so where a trial date has been set.’

He said the resulting disruption to the courts ‘may bring about the changes you desire’, but warned ‘equally, it also carries with it the very serious risk that within government there will be a view that people should look elsewhere for the service to be provided’.

He gave no indication of where the government might go to find advocates for VHCC work, but said: ‘I think it is something which the bar has got to bear in mind.’

On QASA, Grieve said he is ‘perfectly well aware’ how unpopular the proposed regime is, but added that ‘it is impossible for any profession to avoid the level of scrutiny which regulators now provide’.