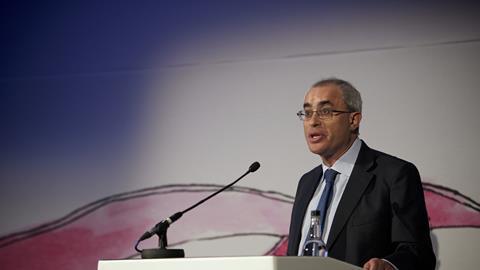 The government does not understand the importance of advocacy to the rule of law, a leading barrister suggested, accusing the justice secretary of peddling ‘lazy fiction’ to demonise legal aid lawyers.

Delivering the keynote address, barrister and crossbench peer Lord Pannick QC (pictured) said the government’s approach to criminal legal aid, closed hearings and judicial review claims suggests it ‘neither understands nor appreciates’ the role of advocacy in helping to maintain the rule of law.

‘The policies of this government are damaging the reputation which this country rightly enjoys throughout the world for the quality of its legal system,’ he said.

On criminal legal aid cuts, Pannick warned the government that if it seeks to administer the legal system on the ‘cheapest possible basis’, it will ‘dilute and pollute’ its quality.

Pannick accused justice secretary Chris Grayling of providing journalists with misleading information about lawyers’ earnings to promote the ‘absurd myth that legal aid work is a pathway to riches’.

‘A justice secretary who understands the importance of advocacy would not be assisting in the peddling of the lazy fiction that seeks to demonise legal aid lawyers,’ he said.

Pannick warned that the government’s proposals to restrict judicial review claims must be carefully scrutinised to ensure the changes are being proposed in the public interest and not in the interest of the government, which is often the defendant in claims.

He stressed the importance of judicial review advocacy as a check on the abuse of power of public bodies, and as an important inducement to them to adopt higher standards of legality, fairness and proportionality.

Closed material hearings, he argued, are ‘fundamentally unfair’ as they prevent effective advocacy on behalf of the client, meaning the judge decides the case on evidence which one side has had no opportunity to challenge.