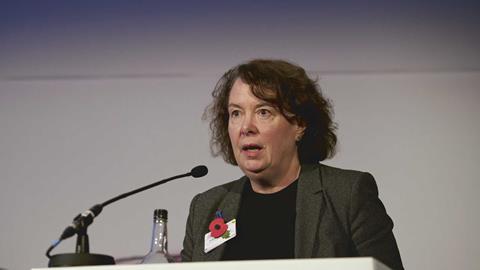 Legal regulation is ‘too cumbersome and too expensive’, the chairman of the bar told the annual conference, rejecting the Legal Services Board’s role as the ‘superior regulator’.

Maura McGowan QC (pictured) claimed barristers are ‘watched over like naughty children’, despite the quality of training they receive. Regulation does not serve the public in guaranteeing excellence, she argued. ‘As we see from the proposed Quality Assurance Scheme for Advocates, it only sets out to ensure competence,’ she said.

McGowan added: ‘The advent of the Legal Services Board has not driven up standards, it has put more obstacles in the way of those trying to practise well and honestly.

‘We should not be held to account by an oversight regulator whose stated position is “to look forward to a future when the provision of legal services means more service and less legal”.’

Speaking at a press conference, she accepted that the profession could not revert to self-regulation, which she said is ‘not attractive to the public’.

The bar’s vice-chair Nicholas Lavender QC voiced concern at the growth of a new ‘profession of regulator’. He said that since 1990 there have been three acts on legal regulation: ‘Six years [on from the last] we have had the lord chancellor saying it is still not right.’

Stressing the high standards of ‘probity and integrity’ at the bar, McGowan said the legal profession had helped repair the reputational damage done by financial institutions to the City and to the UK as places to do business.

‘We have done all this at a time when banks fail and bankers are prosecuted, when MPs are imprisoned for fiddling their expenses and when some sections of the press are in the dock for alleged hacking.

‘The underpinning of the rule of law by the work and standards of the bar is what enables politicians to go abroad to sell and promote UK plc.’

McGowan said politicians cannot pretend that legal aid cuts will not detrimentally affect the public good. ‘In commercially funded areas of practice, talent is met by financial reward and the acclaim of the lord chancellor. In publicly funded areas it is met with contemptuous disregard.

‘It cannot be justifiable to deny parents represented access to the courts to fight for the custody of their children on the grounds of financial expediency. It cannot be right to drive barristers of quality out of the provision of defence advocacy to those charged by the state with criminal offences.’

McGowan said the bar will continue to co-operate and work with the Law Society to bring about change.

She acknowledged there are tensions over the increasing work of solicitor-advocates and the bar’s increasing steps into public access, but said: ‘There is far more that keeps us together than splits us.’