The shadow justice secretary has called on Chris Grayling to bar two of the biggest government contractors from future Ministry of Justice contracts until both have been given a ‘clean bill of health’.

Sadiq Khan (pictured) wrote to his opposite number last week after details of alleged fraud by Serco staff emerged in relation to its management of the £285m prison escorting contract and following previous allegations that Serco and its rival G4S had overcharged the government by ‘tens of millions of pounds’ in contracts to electronically tag offenders.

Khan said the two sets of allegations suggest the problems involving the MoJ and some of its large private sector contractors are ‘widespread’ and that failure to take ‘decisive action’ risks undermining public confidence in the justice system.

He asked Grayling to ‘immediately’ rule the two companies out of all future MoJ contracts, including the £800m probation privatisation deals, until the SFO and National Audit Office have ‘given them a clean bill of health’ and the police have completed their enquiries.

‘Failure to do so risks further misuses of public money, and a dangerous erosion in the public’s confidence in the ability of our justice system to keep them safe, something we can scant afford,’ said Khan.

He told Grayling: ‘It is simply unacceptable, that despite repeated allegations of fraud, decisive action has not been taken to bar both companies until those responsible have been held to account and we can be satisfied that the circumstances which gave rise to such behaviour have been addressed.’

After the initial allegations concerning the tagging contracts came to light, Grayling said that all government contracts with both companies would be reviewed, but he declined to exclude them from bidding for the probation service contracts or delay the outsourcing plans.

Following the revelation over alleged irregularities in the prisoner transfer contract, the MoJ and Cabinet Office gave Serco three months to undergo a process of ‘corporate renewal’, to overhaul its management, strengthen internal audit procedures and open up its management and accounting information on government contracts to greater scrutiny. 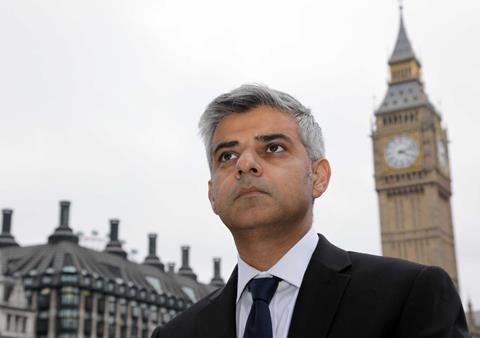 Khan suggested the measures were not enough to ensure value for money for the taxpayer or the ‘integrity of the justice system’.

Given the government’s move to privatise much of the probation service, Khan said the MoJ must take a ‘robust line’ on handing out public money to private companies.

Khan asked Grayling to publish the report by consultants PwC into the actions of G4S and Serco revealing the problems with the tagging contract. Grayling has so far declined to do so.

He also asked the justice secretary to task the National Audit Office to examine all MoJ contracts worth over £1m, and that he publish details of any meetings he or ministers have had with Serco and G4S.