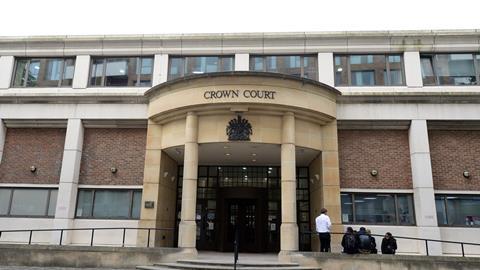 The Bar Council has encouraged judges, solicitors and barristers to resist the government’s plans for late night and early morning court sittings by suggesting a new standard for operating hours.

Instead of the government’s proposals to keep some courts open until 8.30pm, the barristers’ representative body said no court or tribunal should sit before 10am or beyond 4.30pm.

In a protocol published yesterday the Bar Council say extended opening hours could have ‘widespread implications’ on barristers’ professional practices, as well as on their personal lives.

It said advocates undertake a ‘great deal of work’ outside the courtroom and court sitting hours to keep hearings running smoothly and efficiently.

The Ministry of Justice announced earlier this year that it would conduct a ‘flexible operating hours’ pilot in six courts.

The pilots, which were expected to begin in May but are on hold pending the general election, will take place over six months. If it goes ahead, Crown courts will be open until 6pm, civil courts until 7pm and magistrates’ courts until 8.30pm. Some courts would sit as early as 8am.

In its protocol, the Bar Council says the time has come to adopt a sitting-hours standard that is ‘appropriate and practical whilst still permitting flexibility where necessary'. It suggests that a judge could extend hours on some days provided the parties and their representatives are notified at the earliest possible time and family matters are taken into account.

It recommends that judges give at least 24 hours in advance if a hearing is to be extended.

The representative body said it expects a ‘broadly favourable response’ from everyone working within the courts, including judges, court staff and solicitors.

A petition against the late night court sittings has attracted more than 3,800 signatures.