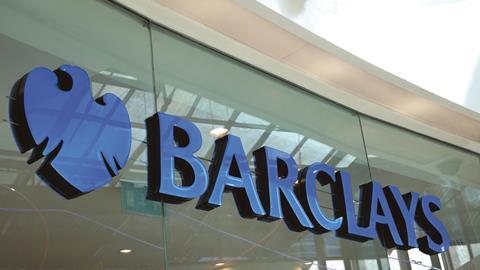 Barclays chief executive Jes Staley has been fined £642,000 by City watchdogs for failing to act with skill, care and diligence after trying to discover the author of an anonymous whistleblowing letter.

According to a notice from the Financial Conduct Authority (FCA) and the Prudential Regulation Authority (PRA) today Staley has been fined a total of £642,430. This, according to the regulators, takes into account 10% of Staley’s ‘relevant annual income’ and the fact he had earlier agreed a settlement.

The bank itself has escaped sanctions but has been told it must now report to regulators annually detailing how it responds to whistleblowing - with personal attestations required from senior managers.

In a statement Barclays said there were no findings that Staley lacks fitness and propriety to continue to perform his role as chief executive. It added that Barclays’ board had decided to 'reduce the awarded value of Staley’s variable compensation for 2016 by £500,000’.

This is the first case brought by the FCA under the senior managers regime (SMR). Last month the Gazette revealed that the City watchdog had postponed controversial plans to include general counsel in the SMR, citing its Brexit workload.

Mark Steward, the FCA’s executive director of enforcement and market oversight, said: ‘Staley breached the standard of care required and expected of a chief executive in a way that risked undermining confidence in Barclays’ whistleblowing procedures. Whistleblowers play a vital role in exposing poor practice and misconduct in the financial services sector. It is critical that individuals are able to speak up anonymously and without fear of retaliation if they want to raise concerns.’

Sam Woods, chief executive of the PRA, said: ‘Protection for whistleblowers is an essential part of keeping the financial system safe and sound. Staley’s behaviour fell below the standard we require.’

Staley said: 'I have consistently acknowledged that my personal involvement in this matter was inappropriate, and I have apologised for mistakes which I made. I accept the conclusions of the board, the FCA, and the PRA, following their respective investigations, and the sanctions which they have each applied.’