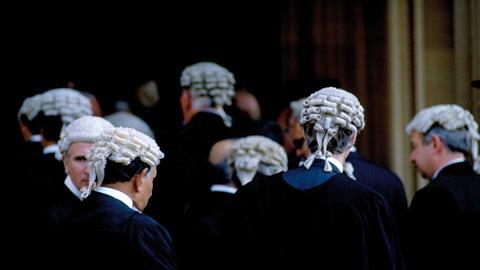 Average salaries at the bar have reached just under £70,000 per year – but employed barristers are considered less capable than their self-employed counterparts, research for the bar’s representative body has revealed.

In its ‘Snapshot Report’ the Bar Council surveyed 300 barristers to find out the benefits of employed and self-employed practice and why they chose a career at the bar.

The report showed that the average salary at the bar was £69,446.

Of the highest earners, 50% worked in-house.

The report also showed that employed barristers felt that they were sometimes perceived as being less capable than their self-employed counterparts.

Several employed barristers also said that their role is 'often confused with that of a solicitor', and that the title creates a mistaken belief that the barrister is no longer practising, or is less qualified to undertake particular work.

A lack of encouragement by employers and others for those barristers employed in-house, in either the public sector or private, stopped a majority from seeking silk or applying to join the judiciary, the report added.

Chantal-Aimée Doerries QC, chair of the bar, said the report ‘helps to identify the factors that draw some barristers to the employed bar’.

‘Barristers have a lot to contribute both in employed and self-employed practice. Our members play a critical and valuable role inside public bodies, companies, charities and other organisations where the skills and values which they bring as members of the bar can be invaluable to employers.’