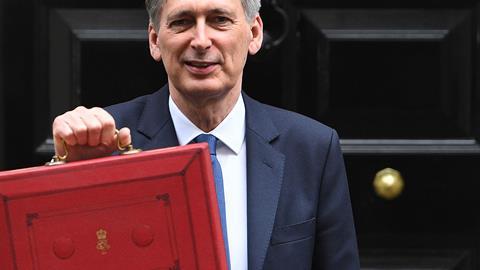 Budget 2017: penalties for ‘enablers’ of tax schemes will go ahead

Controversial penalties for professionals who give advice on tax avoidance schemes later defeated by HM Revenue & Customs will come in to force in July, the chancellor of the exchequer said today.

In his first and final spring budget, Philip Hammond told the House of Commons that the UK has the world’s lowest ‘tax gap’ - the difference between the amount collected and the amount due - ‘but there is more that we can do’.

According to today’s budget document, the new regime ‘reflects an extensive consultation and input from stakeholders’.

However much of the input was critical. Professional bodies including the Law Society said the proposed regime failed to distinguish between abuse and legitimate advice. It said the measures could present a barrier to taxpayers in taking full and frank advice.

In an announcement that is likely to raise further concern, today’s budget statement says the government will also remove the defence of having relied on non-independent advice as taking ‘reasonable care’ when considering penalties.

'Our experts have had a productive and ongoing dialogue with HMRC, and we will continue to advocate for a final law that ensures access to legal advice is properly protected.'

In other measures, today’s budget announced some support for businesses hit by next month’s revaluation of business rates. On stamp duty land tax, a controversial reduction in the filing and payment window from 30 days to 14 days will be delayed until 2018-19. Bourns said that the delay in implementation will be welcomed by many conveyancing solicitors, as it will give them more time to ensure they are familiar with the changes and are ready to meet shorter deadlines.

Jason Collins, head of tax at international firm Pinsent Masons, commented that HMRC appeared to have a working list of those it wished to target. 'By the looks of it, QCs, small accountancy firms, law firms and boutique advisers will be in their sights.'

Innocent accountants and lawyers could become 'collateral damage', he said. 'HMRC’s recent strategy on tax avoidance has been to deter people from engaging with it, be they the end user or adviser. HMRC is ready to utilise its powers as a deterrent,' Collins said.