Rosenblatt, the fourth firm to float on the London Stock Exchange in its own right, aims to raise £43m from its initial public offering (IPO) – a figure which would make it the most lucrative law firm listing to date.

According to a filing posted today on the junior AIM market, the firm said it will place 36.8m new shares and £8.4m existing shares at 95p per share.

The IPO represents a 48.3% stake in the firm, meaning existing owners will retain a controlling interest. Institutional shareholders notified to be taking a stake are Fidelity Investments (6.6%), Miton Asset Management (15.8%), Blackrock (6%) and Canaccord Genuity Group (3.6%).

If the quest for £43m is successful it would surpass the current record sum raised by a law firm set by Gateley, whose listing in 2015 raised £30m. The float would value Rosenblatt at £76m.

The other two IPOs by law firms, Gordon Dadds and Keystone, raised £20m and £15m respectively. 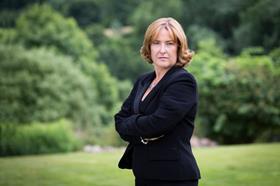 Rosenblatt announced last week it will be admitted to the Alternative Investment Market on 8 May as Rosenblatt Group plc, a holding company for alternative business structure Rosenblatt Ltd.

The 20-partner firm, which founded by dispute resolution and corporate specialist Ian Rosenblatt OBE in 1989, specialises in financial services, banking and real estate. Ian Rosenblatt, who currently owns 59% of the business, will make millions on the sale but remain the largest shareholder with 21.1%.

Among the firm's recent deals was acting for Daily Express publisher Northern & Shell in the £127m sale of its newspaper business to Trinity Mirror.

The firm’s nominated adviser and broker is Cenkos Securities PLC.