Legislation aimed at curbing the cost of whiplash claims passed through the House of Commons today after the government defeated Labour amendments that would have restricted a rise in the upper limit to the small claims track.

Personal injury lawyers said that the government 'has made it clear that it doesn’t care about injured people'. 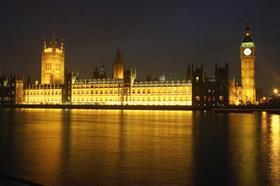 Today's session debated the final stages of the Civil Liability Bill, which 'seeks to reform the claims process for whiplash claims with injuries lasting up to two years resulting from road traffic accidents, and to make changes to the way in which the personal injury discount rate, applied to lump sum awards of damages for future loss, is set'.

The bill introduces a fixed tariff for whiplash damages and will be complemented by a rise in the small claims limit to £5,000 for RTA claims. The small claims limit change means legal costs cannot be recovered when the damages are under the limit. All changes are expected to come into effect from April 2020.

Another amendment would have removed tariffs for whiplash injuries in favour of the current system where judges decide compensation levels with reference to Judicial College guidelines.

Speaking for the government today, Chris Philp MP, parliamentary private secretary to Treasury ministers, said there was  evidence that the system was broken. Qualified one-way costs shifting, introduced by the Legal Aid, Sentencing and Punishment of Offenders Act, creates a 'one-way bet that is the reason there has been such an explosion in claims’, he said.

Justice minister Rory Stewart stressed the role of the new online portal for handling claims in the absence of lawyers. 'It is important to ensure that, as cases move to the small claims court, people have a straightforward, intuitive way of logging claims. One of the things that we will be doing over the next year is testing and retesting the portal in as many ways as we can to ensure that it actually works.'

Stewart conceded, 'the government do not always have an unblemished record when it comes to the delivery of IT systems. It is important to ensure that the system really works and that we have tested it again and again before rolling it out.'

For the opposition, Andy Slaughter MP quoted the Law Society's briefing note pointing out that the proposed fixed tariff of £235 for an injury lasting up to three months was the equivalent to some payouts for flight delays.

Shadow justice secretary Richard Burgon summed up: 'The billl may well turn out to be the thin end of the wedge for yet more restrictions on justice in all personal injury cases. If it passes, it will be celebrated as a great victory by the insurance companies in whose interests it has been conceived and drafted, and it will be ordinary people, whose rights are gradually chipped away, who pay the price.'

The debate heard cross-party concern about the role of unqualified advisers, with Bob Neill MP, chairman of the commons justice committee, calling for a ban on paid McKenzie friends.

The third reading was approved by a majority of 56 votes. The bill now proceeds to consideration of amendments and royal assent.