An ‘explosion’ of electronic communications is stretching prosecution and defence resources to or beyond their limits, a senior judge has claimed. 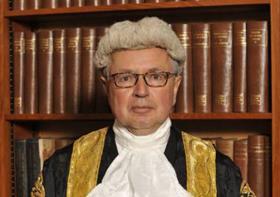 Speaking at an event on disclosure hosted by the Criminal Bar Association (CBA) Gross said ‘it can fairly be said that technology has created many of our current disclosure problems’.

As an example, Gross said the Metropolitan police explained that in one complicated rape case, involving multiple complainants, it took 630 hours for the police disclosure team to review the content of the three complainants’ mobile phones and their Facebook accounts.

In another and 'more straightforward’ rape case, where the complainant and defendant met on dating app Tinder, 150 officer hours were required to examine 20,000 items of data – despite there being only two mobile phones to consider.

The CBA has long campaigned on the issue of disclosure and last week set-up an official campaign to improve the lot of prosecutors.

'For too long prosecutors have tolerated the intolerable too. Without the commitment and skill of those who prosecute the system would collapse quickly. Disclosure is still a huge issue. We make a commitment to you now to mirror our efforts on AGFS [legal aid remuneration] towards prosecution work,’ CBA chair Angela Rafferty said at the time.

However, Gross predicted that artificial intelligence will ultimately go a long way to solving problems provided there is ‘trust and confidence in the process’. New technology that will help includes advanced search methods, using technology to sort/list/group material, automatic rejection of poorly completed schedules, signposting to help the prosecution make the right decisions and computers learning from feedback to make accurate decisions.

Gross added that the ‘rates, packages and structuring of remuneration’ for solicitors and barristers cannot be ignored in any discussion.