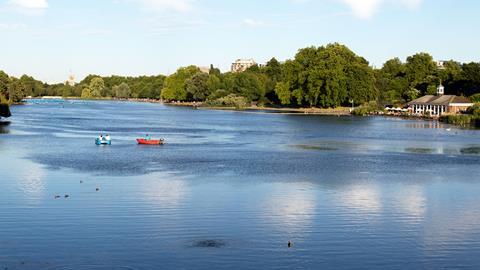 A High Court judge has backed the Royal Parks in its battle to stop the removal of a boathouse on the north bank of the Serpentine lake in London's Hyde Park. The ruling hinged on the question of whether a wooden structure erected by the operator of rowing and pedal boats forms part of Hyde Park and therefore belongs to the Crown.

Bluebird argued that the boathouse remains a chattel and was not a fixture to the land: it was designed so that it could be assembled in parts at the lakeside and subsequently dismantled.

To the argument that the boathouse, which is fixed to a solid concrete slab, has become part of the land, counsel for Bluebird argued that 'Just because something is fixed to the ground and even attached to services does not make it part of the land.'

Sitting in the Technology and Construction Court, Mrs Justice O'Farrell DBE ruled that the boathouse as defined in the concession contract comprises both the superstructure and the substructure, including the concrete slab. Meanwhile the terms of the contract preclude Bluebird from dismantling and removing the boathouse from its location.

She also ruled that Royal Parks Limited is not estopped from denying Bluebird ownership. The hearing was adjourned for a date to be fixed for dealing with consequential matters.