The scale of the Turkish government’s assault on the independent legal profession was laid bare at an event hosted by the Law Society yesterday evening.

More than 1,500 lawyers have been prosecuted since the failed coup of 2016, with 216 receiving prison terms of up to 11 years. Lawyers have suffered harassment, had evidence statements disregarded, been denied privileged access to clients, and had telephone calls and emails intercepted.

The lawyers’ only crime, successive speakers stated, was to undertake their professional duty to defend clients.

The occasion was the launch of a joint declaration, timed to coincide with the Day of the Endangered Lawyer 2019, by the Law Society and European bar associations and NGOs. The declaration detailed the Turkish authorities’ abuse of legal process and called upon President Erdogan – who has been in power since 2014 – to guarantee the independence of the judiciary and prosecution services in accordance with UN principles and guidelines.

Opening the meeting, the Law Society's deputy vice president, David Greene of commercial firm Edwin Coe, said: ‘The situation in Turkey is untenable. The independence of the judiciary should be re-instated and the government should stop passing laws that interfere with access to justice.’

Law Society human rights committee chair Tony Fisher told the meeting that he has observed many trials in Turkey. ‘One court, sited within a prison, has a dock that can hold 500 defendants – which encapsulates the extent of the challenge faced by defence lawyers. Compounding the problem, prosecutors sit next to judges and evidence is frequently rejected with no reason given.’ He added: ‘Ironically, the original chief prosecutor is now himself in jail, accused of subverting the peace process between the state and Turkish Kurds.’ 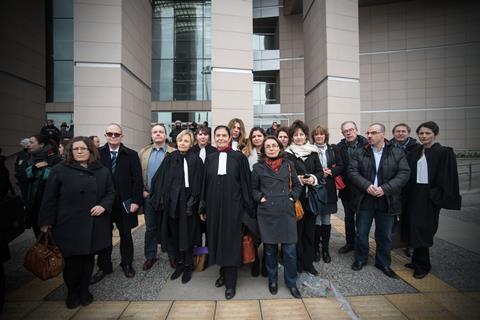 Several speakers remarked upon the European Court of Human Rights’ (ECtHR) inability to come to the aid of beleaguered Turkish lawyers. Most submissions to the Strasbourg court are rejected because domestic remedies have not been exhausted. However, Turkey’s domestic courts are not ‘beacons of liberty’, as one speaker from the floor put it, but are part of the problem with no interest in seeing justice done.

The Day of the Endangered Lawyer is an annual event held on 24 January to express solidarity with lawyers at risk in a certain jurisdiction, this year in Turkey.