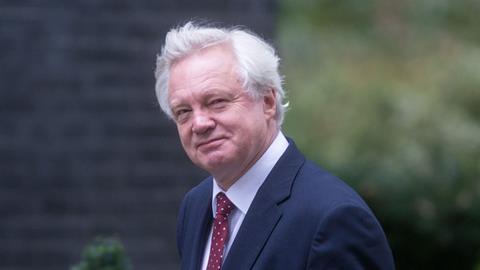 Limitations on the interception of legally privileged information have been backed by Europe’s highest court today, in a case brought by two MPs and joined by the Law Society.

In a judgment handed down in Secretary of State for the Home Department v Watson and Others the Court of Justice of the European Union said the law justified only targeted interception of 'traffic' and location data in order to combat serious crime, not general collection of data, which could include privileged communications.

According to the court: ‘It is open to member states to make provision, as a preventive measure, for targeted retention of that data solely for the purpose of fighting serious crime and is limited to what is strictly necessary’.

The case stemmed from a challenge brought by David Davis MP, now secretary of state for leaving the EU, when he was a backbencher. He was supported by Tom Watson MP, now Labour’s deputy leader.

The MPs’ cause was backed by the Law Society, which was permitted to intervene in the case to express concern about the effect of blanket surveillance legislation on professional privilege, whether deliberately or inadvertently.

Reacting to the judgment, Law Society president Robert Bourns said: ‘Legal professional privilege is a fundamental part of the relationship that solicitors have with their clients, ensuring that our clients can seek legal advice in the confidence that it cannot be disclosed to a third party.

‘Today's ruling strongly supports the need to protect sensitive information such as legally privileged material, which is private information belonging to the client, and to ensure it is accessed only when absolutely necessary, with robust and independent oversight.’

The challenge questioned the legality of bulk interception of call records and online messages.

Davis and Watson won a High Court ruling on the issue in July last year prompting the government to appeal against the decision.

Davis dropped out of the case after joining Theresa May’s government earlier this year.

In its judgment the court added: ‘The fact that the data is retained without the users of electronic communications services being informed of the fact is likely to cause the persons concerned to feel that their private lives are the subject of constant surveillance. Consequently, only the objective of fighting serious crime is capable of justifying such interference.’