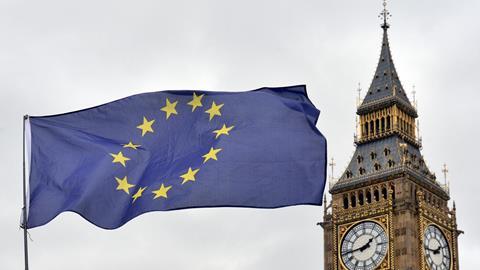 The government has begun the technical process of extricating the UK from the European Union by introducing a 66-page measure ending the supremacy of EU law. As expected, the European Union (Withdrawal) Bill would repeal the European Communities Act 1972 and ensure that EU-derived legislation having effect on domestic law remains in force on and after ‘exit day’.

Law Society president Joe Egan described the biggest change to in the UK’s legal system for more than 40 years as an ‘eye-watering undertaking’.

'We must make sure that in the process hard won rights are not lost,' Egan said. The bill throws up opportunities - but also risks, he said. 'Risks to the stability of the economy, the level of scrutiny we expect from our parliament, to the many opportunities and rights our EU membership has guaranteed.’

Chancery Lane said its key calls for the legislation are to:

’In this context we are offering to convene the considerable expertise available in the legal profession to help politicians of all parties as they commence this vast task,’ Egan said.

Initial concerns about the legislation centre on its secondary powers.  The bill states that: ‘A minister of the crown may by regulations make such provision as the minister considers appropriate' to prevent, remedy or mitigate deficiencies in retained law arising from Brexit.

Robert Bell, partner at international firm Bryan Cave, said the most controversial element of the bill would be those powers allowing ministers to fast track the implementation of certain EU laws into domestic law through regulations without parliamentary debate, sometimes referred to as Henry VIII powers.

‘The real significance of the bill is not so much its provisions, but the number and nature of the amendments which may be moved in the Commons or the Lords,' he said. 'Although these are unlikely to prevent the bill making the statute book eventually, given the government’s lack of an overall majority a number of amendments will need to be conceded. These amendments may tie the government’s hands in the EU negotiations, particularly on membership of the Single Market or the Customs Union – of significant relevance to businesses planning for Brexit.'

Bar chair Andrew Langdon QC said there remain big questions as to how the fovernment will stick to its commitment to pull away from the jurisdiction of the European Court of Justice without jeopardising deals that could benefit the economy. 'Under the proposed withdrawal agreement, government, citizens and businesses on both sides of the Channel will need some way to obtain a definitive ruling on interpretation, and an alternative to the CJEU has not yet been articulated by the government,' he said.