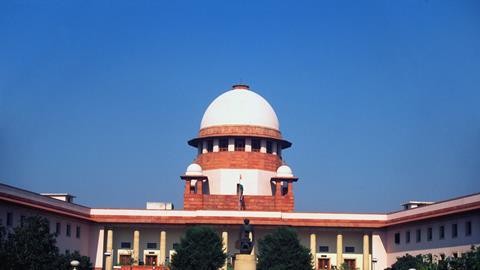 India’s Supreme Court gave a limited concession to foreign lawyers today, formally allowing them to enter India on behalf of clients and to act in international arbitrations in one of the last major jurisdictions in the world to restrict legal practice to its own nationals.

'Foreign lawyers may not be debarred from conducting arbitration proceedings arising out of international commercial arbitration,’ justices AK Goel and UU Lalit held in their judgment. In Bar Council of India v A.K. Balaji and Ors judges also clarified a key portion of the Madras high court judgment that had been appealed: ’We hold that the expression “fly in and fly out” will only cover a casual visit not amounting to “practice”.’

Reactions have been mixed. 'The judgment of the Supreme Court is a setback for India,’ said senior counsel Dushyant Dave, who acted for the London Court of International Arbitration (LCIA). 'They should have taken a more practical and pragmatic approach. It is not something the Supreme Court should have stalled,’ he said.

Senior counsel Sajan Poovayya, who represented US firms White & Case and Covington Burling, was more positive. 'My personal view is that we got exactly what we argued for in the Supreme Court,’ he said. ’The Supreme Court couldn’t have done more, without having impinged on the present legal matrix of the country.’

That problematic matrix is the 1961 Advocates Act, which is now out of step with the modern-day realities of the Indian and global legal professions.

The result is not unexpected. While it may not have moved liberalisation forward significantly, the development is positive as having finally ended the state of limbo, said Kaviraj Singh, secretary general of the Indian National Bar Association (INBA).

Several parties to the process such as the Bar Council of India (BCI) have for years used the fact that hearings were pending in the highest court to stall the government’s plans to reform the legal practice regulations.

Now this case is out of the way, the commerce ministry is likely to begin moving forward with the process, said Singh. However, it should be of some concern to government and foreign lawyers that the BCI’s stance has remained staunchly opposed during the appeal hearings that it had itself initiated, having tried to further restrict foreign lawyers’ activities in India.

The Law Society of England and Wales said the decision was an important milestone in India's journey towards opening up its legal market. 'Further market opening for Indian legal services would provide a boost for the Indian legal services market and open up significant opportunities for Indian as well as English and Welsh lawyers,' said vice president Christina Blacklaws. 'It would also help Indian clients get the legal advice they need without having to secure it from outside the jurisdiction.

'The government of India and the Bar Council of India now have an opportunity to bring Indian and foreign legal professions together on a more formal footing, preparing the ground for foreign law firms to establish in India.'