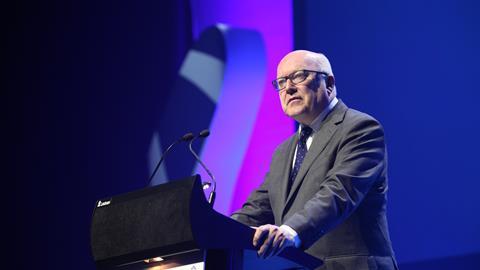 Australia’s attorney general, Senator George Brandis QC, has opened the world’s largest regular gathering of lawyers with a strong defence of the rule of law.

Delivering the keynote address at the International Bar Association’s Annual Conference in Sydney, Brandis emphasised the importance of the rule of law, given ’ominous challenges’ to the global order, which included Islamist terrorism, ’aggressive populism’ and cybercrime.

The duty of lawyers to act as custodians of the rule of law is ’essential’, he told some 4,000 delegates, and should form a riposte to those who consider defending human rights as ’un-Australian’. 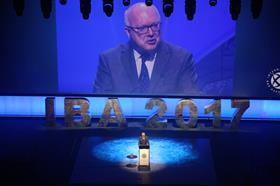 ’Upholding the rule of law may involve lawyers in controversy. Often, it may mean standing up to the powerful, or defending the vulnerable, the marginalised or the despised. Lawyers who do so serve the finest traditions of our profession,' he said. ’We, as lawyers, must always be alert to ensure that due process is always observed, that the right of access to the courts is never denied [and that] that the role of lawyers in representing their clients is always respected.’

Noting the rise of populism – a thread shared by fellow speakers – which he called ’a reaction, perhaps, to the real or perceived arrogance of political, economic and cultural elites’ — Brandis said it threatened human rights and the ’legitimacy of the liberal democratic model of governance itself’.

He told delegates their role ’as defenders of the rule of law, is never more important than at a time when there are, understandably, demands for greater state power in service of the protection of the security of our nations and the safety of our peoples,”’Brandis said.

Brandis’ speech was preceded by welcoming addresses from Australia’s chief justice, Susan Keifel, and IBA president Martin Šolc. In a measured, but quietly powerful address, Australia’s first female chief justice spoke about the importance of the independence of legal professionals, including the judiciary. ’In order for a lawyer to be free to advocate fearlessly for a client’s interests, it is necessary that the lawyer be free of pressure from the state or its agencies,’ she said. Her sentiments were shared by Šolc, who said that all lawyers had a duty to speak up for the rule of law.

In a hard-hitting address to delegates, he said: ’We need to take the understanding of the concept of rule of law beyond the legal fraternity to the community,’ in emphasising ’we need to explain to ordinary people that rule of law is something they should be asking for.’

That, he said, would act as a bulwark against populism, noting that populists complained about the rule of law because it complicated apparently simple solutions to complex problems. To that extent, he said, lawyers should be ’whistle-blowers for the rule of law’.