New statutory hurdles for defamation actions appear to have dealt a blow to the practice of foreign celebrities bringing libel actions in London, according to research published today. Only 49 defamation cases were reported in England and Wales in 2016/17, a drop of 16% on the previous year and down from 86 three years ago, legal publisher Thomson Reuters said.

The fall followed the 2014 implementation of the Defamation Act 2013, which introduced a 'serious harm' test for individual claimants and required companies to show they had suffered or were likely to suffer financial loss. Only two claims were brought by businesses in 2016/17, down from 12 the previous year.

Another change introduced in the 2013, requiring overseas-based litigants to show that England and Wales is 'clearly the most appropriate place in which to bring an action' is also taking effect, the figures suggest. Celebrities are also more to privacy actions to block stories in advance of publication. 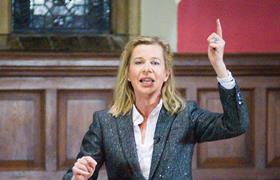 Defamation cases are now mainly the preserve of private individuals, who made up 80% of claimants and 39% defendants in 2016/17.

The Thomson Reuters figures are drawn from the Westlaw and Lawtel databases.