The government has shied away from banning zero hours contract work as it introduces what it claims is the biggest shake-up in employment law in more than 20 years.

In the ‘Good Work Plan’, published yesterday, the government instead pledged to introduce a right for employees to request a fixed working pattern if they do not have one after 26 weeks of working on a non-fixed pattern. 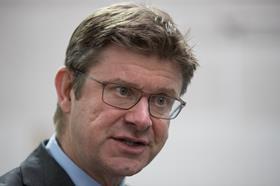 The proposal is one of several outlined in the plan - published in response to recommendations made by Matthew Taylor in his review of modern employment practices. The government had earlier said it would consult on Taylor’s proposals before announcing any changes.

Phil Pepper, employment law partner at national firm Shakespeare Martineau, said the refusal to outlaw zero-hours contract would suit employers who can 'use workers in a more flexible way’.

The report also proposes that the maximum amount that employment tribunals can order employers to pay employees should increase from £5,000 to £20,000.

To qualify for the increased payout, an employee must prove an aggravated breach of employment law under which an employer will have acted with malice, spite or gross oversight.  The government said powers afforded to employment tribunals are 'not used as widely as they could be’ and that it will publish new guidance providing examples of how employees can make the most out of them.

However, Pepper said the penalties for aggravated breaches are 'very rarely’ awarded by tribunals, so the impact of any changes may be minimal.

Elsewhere in the report, there is a pledge to introduce legislation to give workers details of their rights from the first day in a job, including eligibility for sick leave, pay levels, maternity and paternity leave.

Another area that has been addressed is equal pay. The government said it would seek to abolish the ‘Swedish derogation’ model, which gives employers the ability to pay agency workers less than permanent workers.

Law Society president Christina Blacklaws said: 'We called for laws that would prevent workers from being underpaid, overworked or mistreated – measures published today should go a long way towards delivering that.’

She added: ‘Until now companies have been able, intentionally or not, to use loopholes and the lack of clarity in the law to undermine workers’ rights. Clearer legal definitions of employees, workers and contractors will enable people to understand their rights more easily. A day one statement of rights will make pay and leave entitlements explicit for every worker, regardless of their hours or shift pattern.’

Business Secretary Greg Clark said: ‘Today’s largest upgrade in workers’ rights in over a generation is a key part of building a labour market that continues to reward people for hard work, that celebrates good employers and is boosting productivity and earning potential across the UK.’