The government was tight-lipped this week about whether it is lining up a return of proposals to reform probate fees, a move that caused outrage among the profession when it was first introduced. A spokesperson for the Ministry of Justice declined to comment on whether the proposals were set to return, saying the government will set out its position ‘in due course.’

Fears of a return of the proposals prompted the Institute of Legacy Management to write an open letter co-signed by law firms and other professional bodies. The institute said it was ‘alarming’ that the proposals, which could see fees rise by up to 129 times in some cases, could be revived.

It is understood that the draft Non-Contentious Probate Fees Order 2017, which would have enacted the change needed to bring the fee reform into effect, has not expired but is currently ‘dormant’. The government could schedule a debate on the proposals at any time.

Proposals introduced earlier this year but dropped in the run-up to the election would set probate fees according to the value of the estate rather than a flat fee. The current flat fee is £215, or £155 for those applying through a solicitor. 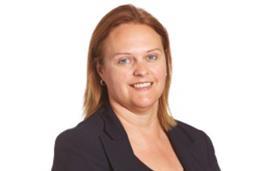 Director, Solicitors for the Elderly

The money generated, expected to be around £250 million per year, would be used to fund the courts and tribunals service.

Solicitors described the plan as a ‘death tax’. A parliamentary committee also condemned the proposals, saying then lord chancellor Liz Truss would be acting outside her powers by introducing a new tax on estates.

In its letter the Institute of Legacy Management said the fees could reduce bequests to charities by £18 million a year. ’We are calling on the MoJ to take into account the views of the many opposed to the changes and look for a fairer alternative.’

Karon Walton, director of Solicitors for the Elderly, said the ‘general feeling’ amongst specialists is that the fee reform will return to the agenda. ‘If this is the case, we hope the government has a full consultation beforehand, taking into consideration the feedback from the public and professionals across the industry, in order to find a fairer way of structuring the fees,’ she added.