New measures to ensure that more offences involving custodial sentences are handled entirely in magistrates’ courts feature in a plan to modernise the role of magistrates, the justice minister revealed today.

Addressing an audience of magistrates in London, Damian Green (pictured) said that each year 4,000 defendants are sent to the Crown Court for sentencing of no more than six months’ imprisonment, at a sitting cost of £2,150 per day as opposed to £1,400 in the magistrates’ court.

‘We need to keep the right cases in the right court if we are to have a modern justice system in a fair society,’ Green said. 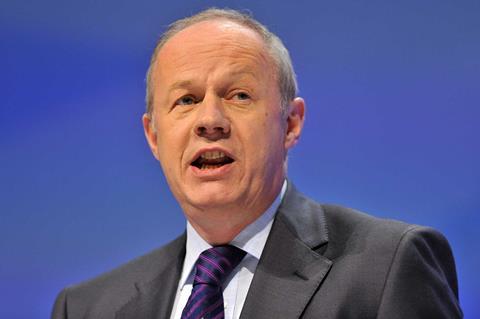 Magistrates have the skills and capability to pass more custodial sentences, Green said. ‘I want to work with magistrates to find out why these cases are being escalated, and address that.’

Green was speaking at the opening of a consultation seeking the views of 23,000 magistrates on how to modernise their role in the justice system.

In a section of his speech well-trailed in the daily press, Green said that the government is to remove low-level cases such as minor road traffic offences from traditional courtrooms to enable magistrates to ‘focus their time in court on more serious and contested cases which best use their skills’.

Magistrates could also be given greater powers to scrutinise the use of out-of-court disposals by the police. Measures could include allowing victims of crime to appeal to a magistrates’ court if they believe an offender ought to have been prosecuted rather than cautioned.

The proposals, to be published for formal consultation later this year, also include new powers for magistrates to deal with offenders who breach the conditions of their supervision.

‘That means courts will have powers to deal with those who fail to comply with their supervision conditions, including being able to commit an offender to custody for up to 14 days,’ Green said.

Two years ago, proposals by Green’s predecessor Nick Herbert that magistrates should have the power to issue summary sentences outside of court attracted strong criticism from the Law Society.