Legal reforms to ensure that public service contracts go to organisations creating 'social value’ rather than simply to the lowest bidder were promised today in the government’s response to a series of outsourcing fiascoes. 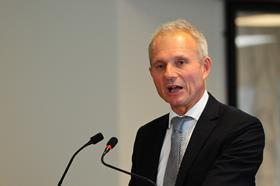 In a widely trailed speech to thinktank Reform, Minister for the Cabinet Office David Lidington said he would strengthen the Public Services (Social Value) Act 2012 in order to rebuild trust after the colklapse of construction giant Carillion earlier this year. At present, the act requires central government bodies planning to procure services from a private contractor to 'consider’ how procurement could improve the area’s 'social, economic and environmental well-being’. In future it will require all major procurements to evaluate social value.

The changes will create a more level playing field for mutuals, cooperatives and social enterprises bidding to win government contracts, Lidington said, saying the aim is to create a ‘diverse, vibrant marketplace of different suppliers’. The Ministry of Justice is one of several Whitehall departments to have come under fire for drawing up contracts in such a way that only established large businesses can meet the terms.

Lidington also promised to develop proposals for the government’s biggest suppliers to publish data and provide action plans for how they plan to address 'key social issues and disparities - such as ethnic minority representation, gender pay, and what they are doing to tackle the scourge of modern slavery’.

Key suppliers will also have to draw up ‘living wills’ to enable contingency plans to be rapidly put into place if needed.