An arrest on a charge of harassment violated a British journalist’s right to freedom of expression, the European Court of Human Rights (ECtHR) has ruled in a judgment likely to be contested by the government.

In Pal v the United Kingdom seven ECtHR judges found that a police force and two English courts failed to carry out a balancing exercise between the rights of privacy and freedom of expression over the arrest of journalist Rita Pal under suspicion of offences under the 1997 Protection from Harassment Act.

According to the judgment, in 2011, Pal, who specialised in covering whistleblowing issues within the NHS, became involved in a dispute with 'AB', a barrister and journalist for Private Eye magazine. AB is understood to be Andrew Bousfield of Furnival Chambers, called in 2004, and a former contributor to the health whistleblowing campaign organisation Patients First.

'The dispute led to a series of email allegations and counter-allegations between the two,' the judgment states. In 2014, Pal published on her website an article about AB, with links to material apparently casting the barrister in a bad light. AB made a statement to police about the 'acute anxiety' caused by Pal’s behaviour over several years. Pal was arrested on suspicion of harassment contrary to s2 of the Protection of Harassment Act. She was detained for seven hours before being bailed subject to conditions.

Pal was charged in January 2015, but seven months later the Crown Prosecution Service served a notice of discontinuance on the basis of insufficient evidence. The county court dismissed a claim against the Metropolitan Police for, among other things, assault, false imprisonment and a breach of article 10 of the ECHR.  An appeal to the High Court was also dismissed, finding that the county court judge was correct in ruling that, as the arrest was lawful, article 10 was not breached. Permission to appeal to the Court of Appeal was refused. 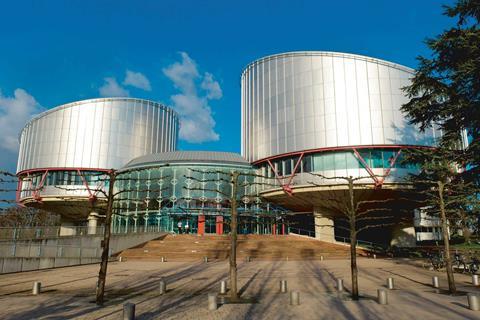 In her case to the Strasbourg court, Pal complained that her prosecution, the manner in which her arrest was carried out and the conditions of bail imposed upon her breached her article 10 rights. She was represented by Aaron Rathmell of Serjeants' Inn Chambers, through the bar pro bono charity Advocate. The UK government argued that neither the arrest nor the charge interfered with Pal's article 10 rights.

In the chambers ruling, the Strasbourg judges noted that the police log did not provide any basis for the urgency for Pal's arrest. While the interference with her article 10 rights was allowable in that it was 'prescribed by law', the test of whether it was 'necessary in a democratic society' depended on whether it corresponded to a 'pressing social need'. In this case there was no suggestion that Pal's publications amounted to 'hate speech or the promotion of violence'. There had been no consideration of whether the attack on AB's reputation 'attained a sufficient level of seriousness' to threaten his article 8 right to respect for private life.

Overall, it has not been established that the police or the domestic courts balanced AB's article 8 rights with Pal's article 10 rights, the judgment states. It declared the claim admissible and awarded Pal damages and expenses totalling €3,900. Both sides have three months within which they can ask for the case to be referred to the Grand Chamber of the ECtHR for a final ruling.