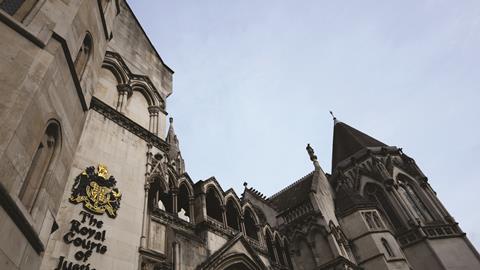 A Mayfair law firm partner and former treasurer of the UK Independence Party (UKIP) is entitled to claim that a local newspaper article portrayed him as a villain in a land dispute and was therefore defamatory in common law, the High Court has ruled.

In Reid v Newsquest (Midlands South) Mr Justice Nicol ruled on the 'natural and orginary' meaning of an article in the Oxford Mail  on a row that ignited when Reid, a senior partner at RMPI LLP, fenced off part of his land in Oxfordshire that had previously been a popular spot for locals. According to the article, the site included a famous meadow where the World Pooh Sticks Championships were held for more than 30 years. Reid contests this claim, saying the championships have not been held on the land for at least 30 years.

The article, published in print and online on 19 January, appeared under the headline: ‘He’s put a barbed wire fence around Pooh Sticks meadow’. A similar article was published on Mail Online but that was not referred to in the judgment.

According to the article, Reid put barbed wire fences around his fields. The article added that the previous owner had always been happy for villagers and visitors to ‘tramp across her meadows’. A group of residents, led by lawyer Becky Waller, mounted a campaign against Reid for two of the fields to be granted public village green status.

Nicol’s judgment, handed down on Friday, states: ‘The defamatory sting was that he shocked and caused considerable upset to local villagers by his actions. The opening paragraph said that they were "fighting for freedom". The headline to the article was a quotation from some unidentified person that "He’s put a barbed wire fence around Pooh Sticks meadow". That reinforced the message of the sub-heading that what the claimant had done was seen as shocking.'

The judgment was described as 'a preliminary issue as to the meaning of the publications which are the subject of the claim for libel’.

Representing Reid, Sir Edward Garnier QC said the articles portrayed his client as a villain. ‘He was an incomer (a city lawyer). He was rich. He had not simply purchased but "bought up" a local estate. The reference to him having been a former UKIP treasurer was also added to incite disapproval of him.’

Garnier argued that while the articles did not expressly refer to Reid as ’selfish or callous’ that was the plain inference which the ordinary reader would take from them. ‘The cumulative effect was a hatchet job of the claimant.’

For Newsquest, publisher of the Oxford Mail, Victoria Joliffe denied that the words carried the imputations that Reid acted 'selfishly' or 'callously' and that the natural and ordinary meanings of the article's words were substantially true.