The High Court today ruled that a controversial ‘cab rank’ policy adopted by a north London coroner is unlawful.

The judgment, handed down by Lord Justice Singh and Mrs Justice Whipple, found the policy of Inner North London chief coroner Mary Hassell to be ‘inflexible’ and ‘incapable of rational justification’.

The cororner attracted controversy over her burial policy when she declared that ‘no death will be prioritised in any way over any other because of the religion of the deceased or family’. Jewish and Islamic law requires bodies to be buried on the day of death or as soon as possible afterwards.

In February, the High Court granted a judicial review application by Jewish funeral organiser Adath Yisroel Burial Society (AYBS) into the policy adopted by Hassell. It followed an incident involving the family of an Orthodox Jewish man who died in October last year. 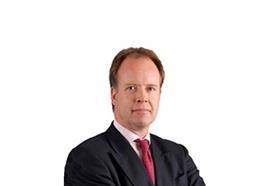 London firm Asserson represented AYBS in the hearing, which took place on March 27 and 28. Trevor Asserson, founder of the firm, said today: ‘The court found against Hassell on every count, except for finding that she had considered the impact of her protocol on Jews and Muslims.

'This victory by AYBS is a victory for the cause of diversity throughout British society. Everyone interested in pluralism, and intent on defeating discrimination, in all its forms, must rejoice at the court’s firm and clear ruling.’

The chief coroner of England and Wales, His Honour Judge Mark Lucraft QC, joined the judicial review proceedings as an interested party. In a court document seen by the Gazette, Lucraft said he considered that the policy formulated by Hassell was not lawful, even though it may have been produced in a sincere desire to be fair to everyone in her area.

Labour party leader Jeremy Corbyn also weighed in on the debate, telling Lucraft in February that it was ‘unacceptable’ that people suffering from grief were experiencing ‘unnecessary delays and barriers to laying loved ones to rest’. Corbyn’s letter called on Hassell to reconsider her approach.