The number of High Court judgments against businesses is at the lowest level on record while county court judgments are on the rise, according to the company managing the Registrar for Judgments, Orders and Fines in England and Wales.

According to figures released by the Registry Trust, only 14 High Court judgments against were made in the first three months of 2017, 13% down from the same period last year.

Meanwhile, there has been a rise in the number of county court judgments with nearly 30,000 businesses receiving orders. The 29,811 CCJs marks a 36% increase compared with the first quarter of 2016.

The rise bucks previous trends that showed a decline in CCJs.

The number of judgments registered against companies rose by 83%. The rise in CCJ figures appears to contradict the theory that court fees are deterring small and medium sized businesses from suing. However, Registry Trust records do not indicate claimants' identities. 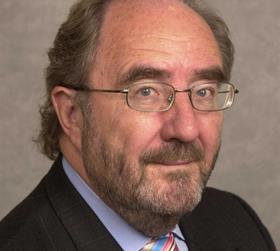 Malcolm Hurlston, chair of the Registry Trust, said the reversal of the trend ’may well be a cause for alarm’.

’Judgments against consumers have been rising for technical reasons. There is no equivalent reason for judgments against companies to have jumped to this extent. Closer examination is needed to unveil the truth behind the statistics,’ he said.

In the High Court, the value of cases surged by more than 400% to £96.6m. However, the trust said this was due to two unusually large judgments: one worth £66.6m against Malabu Oil & Gas; and the other worth £14.8m against Anaconda Group.

The Registry Trust is a non-profit company set up in 1985 under a deal with the then Department for Constitutional Affairs. It collects, verifies and publishes judgment information from jurisdictions across the British Isles and Ireland.