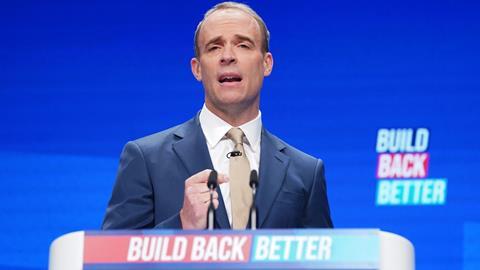 The Human Rights Act will be overhauled before the next general election, the lord chancellor and justice secretary pledged today.

In his keynote speech to the Conservative party conference this morning, Dominic Raab MP said dangerous criminals have been abusing human rights laws ‘for too long, too often’.

Following applause, Raab continued: 'Today I can tell you, under this prime minister, before the next general election, we will overhaul the Human Rights Act to end this long abuse of the system and restore some common sense to our justice system.'

Raab, who is also deputy prime minister, predicted that Labour would fight the plans. 'They are out of touch and they have got no idea of their own,' he said.

A government-commissioned review of the Human Rights Act, led by Sir Peter Gross, has yet to report its findings.