The Law Society’s Junior Lawyers Division is seeking nominations for committee members for the year ahead, including a vice-chair and specialised student representatives, in what will be a busy year as the implementation of the Solicitors Qualifying Examination (SQE) looms.

As well as keeping an eye on developments related to the super-examination, committee members will also be asked to work on areas including Law Society policy and legislative changes.

As it stands the SQE is due to come into operation in 2020, though many details are still unknown.

The JLD, although broadly supportive of the concept, has been outspoken about the finer details of the proposals. In its latest consultation response it warned the Solicitors Regulation Authority that the solicitor brand could be ’devalued’ and criticised the lack of clarity over how much students would have to fork out to take the exam. 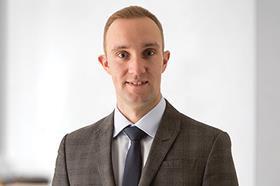 Bryan Scant, who will depart as JLD chair later this year, said: ‘With many changes facing the profession now is an opportune time to be a part of helping shape its future. As a member of the JLD executive committee you will have the chance to have your say on changes to qualification, Law Society policies and even changes proposed by the Legal Services Board.’

‘I would strongly recommend applying for a position on the executive committee to anyone who has an interest in helping junior lawyers develop and also representing members’ views on important matters such as the SQE.'

The vacant positions on the committee are:

Nominations are open until 18 October. Candidates should submit a 300-word statement explaining why they are right for the role. Each application must be supported by two other junior lawyers.

Members of the JLD’s national committee, which comprises the executive committee and one representative from each local JLD group, will vote for their preferred candidates.