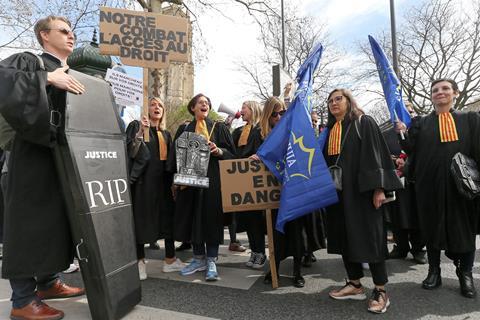 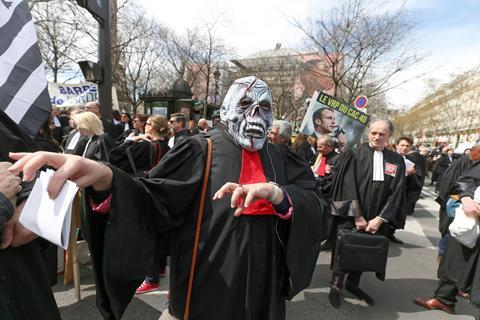 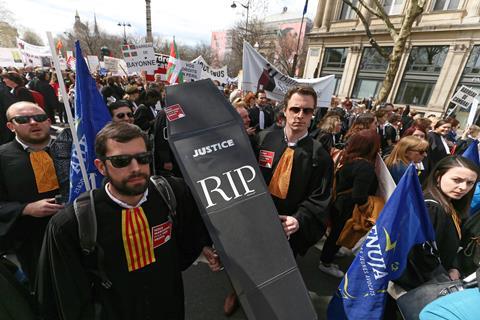 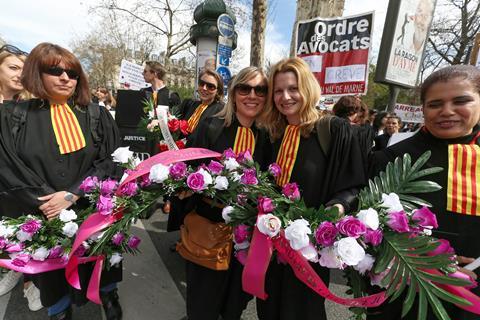 Thousands of robed lawyers carried coffins and banners through the streets of Paris yesterday in protest against reform proposals which they way will mark the death of justice. More than 5,000 lawyers turned out, according to national representative body the Conseil National des Barreaux (CNB), which organised the protest.

The Ministry of Justice is due to present its proposals for widespread legal reforms to the Council of State next week. According to the government, the reforms will simplify the criminal and civil systems to facilitate access to justice, transform the courts system with IT, make penalties more effective and fuse two tiers of criminal courts.

The CNB says that some of the proposals are unacceptable and will lead to the 'de-judicialisation’ of the system. ’The lawyers are standing united, nothing will divide us,’ Christiane Féral-Schuhl, president of the CNB, said yesterday. 'We want judges, not robots.’