A law firm that became embroiled in a property scheme that was abandoned amid allegations of 'mafia' connections has been told it must compensate nearly 200 investors for loss of deposits.

In a judgment handed down yesterday, the Court of Appeal ruled that Giambrone, an Italian-based international firm, acted negligently over advice it gave to 180 British homebuyers who tried to purchase off-plan luxury apartments in Italy. The clients’ deposits ranged from £30,000 to £105,000.

Giambrone had been approached to act on behalf of prospective purchasers of the Jewel of the Sea (JoTS) and El Caribe developments in Calabria. Neither was completed within the contractual timescales.

The developers, RDV and Veco, arranged for individuals in the UK and Ireland, referred to as Mr Velardo and Mr Fitzsimons, to sell apartments 'off plan'. The judgment said that in 2006 Velardo and Fitzsimons met Gabrielle Giambrone, Giambrone’s senior partner, at a property exhibition in London. They told him about the JoTS development and said they needed lawyers to whom they could refer potential purchasers. Giambrone agreed to accept the role.

But the development was later seized in relation to allegations of a £400 million money-laundering operation organised by the Italian mafia and the IRA. An investigation is still ongoing.

In 2013, Giambrone’s name was ordered to be withdrawn from the SRA’s Register of European Lawyers over ’accounting irregularities’ in connection with the scheme. 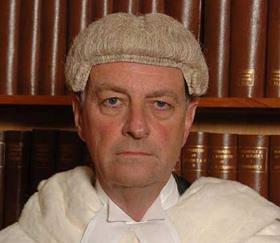 Foskett made the intital ruling in 2015.

In a 2015 ruling, Mr Justice Foskett at the High Court said the preliminary contract was inadequate and that purchasers were not given enough relevant information, particularly in relation to the payment structure of the project.

In yesterday’s judgment the Court of Appeal said Giambrone (the firm) is liable for the full consequences of its failure to advise purchasers properly of the risks, including the risk of 'Mafia' involvement. According to the judgment, handed down by Lord Justice Jackson, Giambrone but not his clients knew ‘perfectly well about Mafia activities affecting all sectors in Calabria', including the construction sector.

‘He was acting for foreign clients whose knowledge of the area was based upon VFI’s glossy brochure and the clients’ "inspection visits",' Jackson wrote. He added that Foskett was entitled to rule that Giambrone’s failure to warn clients about the risks of criminal activity in the construction sector was a breach of duty.

Penningtons said the fight to recover the lost deposits would continue as Giambrone and professional negligence indemnity insurers AIG say that there is no insurance money left.

’The next step for the team at Penningtons Manches is to pursue AIG and argue that each client has a separate entitlement to the £3 million indemnity insurance, the minimum amount that solicitors are required to hold,’ the firm said.

Giambrone said in a statement: 'Almost a decade ago in 2007, when the firm was still relatively new, Giambrone became the target of a complex fraud perpetrated by skilled and devious criminals. The experience was painful for us and for the clients that were affected which is the cause of much regret. We learnt some very valuable lessons and took appropriate and effective action to prevent a similar event ever occurring again.

'As a priority we reviewed and strengthened our systems to ensure that the firm and the clients’ interests are now robustly protected. An example of this is the bespoke software that we commissioned and installed to augment our case management system. New protocols were also introduced across the firm, making Giambrone as safe and compliant as any law firm can reasonably be.

'The reasons for the appeal are that there were some decisions relating to the original judgment which were felt to be unwarranted. However, the matter now rests with the insurers (AIG and QBE), which have so far refused to settle these cases due to aggregation in their insurance policies.

'We will now co-operate with the claimants’ solicitors to ensure that the clients will be adequately compensated and look forward to a swift resolution of this matter in the interest of everyone concerned.'