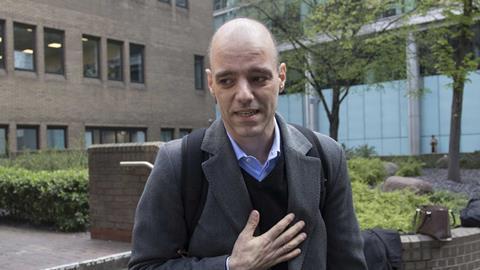 A solicitor whose client was cleared of wrongdoing in relation to the Libor rigging scandal has questioned the Serious Fraud Office’s decision to seek a retrial in the case.

Speaking on behalf of Stylianos Contogoulas (pictured), one of two former Barclays traders cleared yesterday, Roland Ellis, senior associate at Bivonas Law, said: ‘The decision by the SFO to seek a retrial of my client after the jury had failed to reach a verdict following a four-month trial in 2016 was regrettable.

‘We made strong representations to them that it was not in the public interest to do so and that the prospects of a conviction were slim. Unfortunately, they chose not to accede to those representations.’

The pair were first tried in April 2016 alongside three other defendants who were convicted of the same charges and a fourth who had pleaded guilty.

The office accused both men of plotting with other Barclays staff between June 2005 and September 2007 to rig rates.

A jury failed to reach a verdict on Reich and Contogoulas in July 2016 prompting the SFO to seek a retrial.

Ellis added: ‘My client is grateful to the jury for reaching a verdict of not guilty after what has been a trying ordeal. He has consistently maintained his innocence of any crime and is gratified that today’s verdict has vindicated him. He has paid a heavy price as a result of facing these allegations losing both his career and his reputation.’

The SFO was represented by Emma Deacon QC and Dominic Lewis of 5 Paper Buildings.

The Libor rigging scandal began in 2012. Barclays, as well as Royal Bank of Scotland, UBS, Deutsche Bank and broker Icap were all fined for attempting to manipulate the rate.

An SFO spokesperson said: ’This Libor retrial concerns two of six individuals, four of whom were previously convicted. As prosecutors we proceed on the evidence and put our best case before a jury – we do not win every case.’