Partners at Freshfields Bruckhaus Deringer, Linklaters, Slaughter and May and Clifford Chance appear in the annual EMpower Role Model list.

The list, published in partnership with the Financial Times, showcases the top 100 BAME business leaders. This year it includes 10 lawyers, including three in-house. 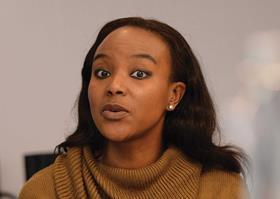 A separate list also celebrates the top 30 BAME Future Leaders. There are six lawyers on that list.

The future leaders include Charlene Brown, an in-house lawyer at BNY Melon who is ranked second and Claudine Adeyemi, associate solicitor at Mishcon de Reya, who is seventh.

All the lawyers included in both lists are published below.