Charges for modern slavery offences have risen by 27% over the past year according to figures published today by the Crown Prosecution Service. However the figures show the number of convictions as almost the same as the previous year, and down from 2015/16.

The first CPS Modern Slavery Report states that in 2017/18, 239 suspects were charged with offences involving allegations of modern slavery or human trafficking referred to the CPS for a charging decision and prosecuted as Modern Slavery Act offences or other offences.

Referrals to the CPS from police and other agencies have rose by 31% to 355, the highest ever recorded, the CPS said. The increase follows ’a dedicated drive to clamp down on slavery related crime’. However the number of modern slavery and human trafficking convictions rose only marginally in the year: to 185, from 181 in 2016/17. In 2015/16 it was 192. 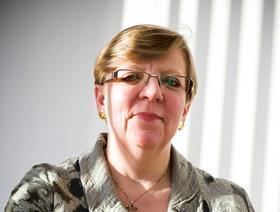 The CPS said the report highlights efforts to disrupt, prosecute and improve our response to both modern slavery and human trafficking. Alison Saunders, director of public prosecutions, said: ’We are working in partnership with police and other partners from the outset to make sure we can build robust cases and deliver justice for victims. These cases are growing in size and complexity – that’s why we have given our prosecutors extensive extra training.’

Reducing the burden on victims and witnesses has been a key part of this training, Saunders said.