The Ministry of Justice (MoJ) has been urged not to exclude solicitors from discussions on reforming its system for alerting charities to bequests.

HM Courts and Tribunals Service (HMCTS) is set to end its near 60-year arrangement with private business Smee & Ford (S&F) in favour of developing its own alert system within six months. However no solicitor organisations have been invited to take part in the working group set up for the purpose.

Ian Bond, chair of the Law Society’s wills and equity committee, said solicitors are ‘at the heart’ of administering legacies to charities. ‘Solicitors are often professional executors or are instructed by lay executors to administer estates with charitable legacies. The profession has long been used to receiving correspondence from charities once Smee & Ford notifies them of an estate’s charitable legacy,’ Bond said. 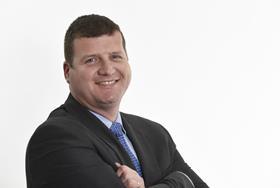 Bond: Solicitors at heart of administering legacies to charities

S&F reads around 5,000 wills every week before alerting charities of bequests. The Institute of Legacy Management (ILM) says any break in this service would cause ‘significant problems’.

‘We believe that probate solicitors bring a core expertise and understanding of the probate system which is vital to the working of any new service,’ said chief executive Matthew Lagden. The ILM has asked the MoJ to ensure that the wills and equity committee is invited to send representatives.

Lagden added: ‘We know that solicitors work very hard to deliver value for money when dealing with charitable beneficiaries, and anything that might increase unnecessary costs is a cause of potential concern for our charitable members.’

In 2017, the Ministry of Justice declined to answer part of a freedom of information request for details on the financial arrangement between the probate registry and S&F as it was deemed ‘commercially sensitive’.

In a notice announcing the change HMCTS said the decision was not a reflection on the service provided but that its relationship with S&F is ‘not consistent with the department’s legal duties’. The spokesperson added that the government was 'keen to engage' with all interested parties, including the legal sector.