City firm Taylor Wessing has introduced new gender diversity programmes after conceding it will not meet its self-imposed goal for 2018.

The firm does not expect to meet its aim of having 25% female partnership in the UK by next year and will instead pursue a longer-term plan to address the problem. 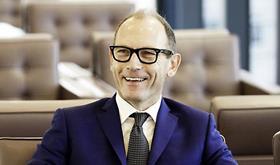 To prepare for meeting its target the firm introduced several initiatives in 2014. These included what it called the 'Big Conversation’ – where small groups within practice areas, chaired by partners, meet to seek ways to improve diversity. It also introduced agile working and unconscious bias training the same year.

At the time, 17% of the firm’s UK partners were female but as it stands that has fallen to 15%.

Tim Eyles, the firm’s managing partner, said the measures, while still important and ongoing, were ‘clearly not getting us where we want to be fast enough’.

The firm said new measures would be rolled out over the coming months.

Eyles added: ‘Having a diverse workforce is hugely important to us – it’s a standing agenda item at every board meeting – so it’s really disappointing that the measures we’ve put in place to improve our gender balance haven’t had more of an impact on our partnership.’

Liz Bunce-Grundy, HR director, said: ‘The work we’ve done so far has had a positive impact, but that hasn’t translated yet into the make-up of our partnership. We have a built a strong pipeline of female talent now, which we hope will move into the partnership in the next couple of years.’