'Not something to get hysterical about': LCJ on constitutional reform

The head of the judiciary today played down fears of an upcoming clash between the executive and the judiciary over the government's promised constitutional reforms.

'Parliament is entitled to legislate and it is entirely appropriate for parliament to look into these issues,' the lord chief justice, Lord Burnett of Maldon, told journalists today. 'It is not something to get hysterical about.' 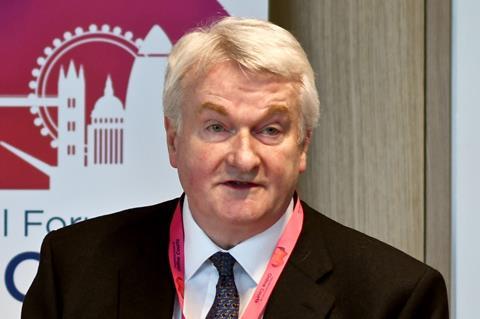 Hitting back at criticism of public law as an alien novelty, Lord Burnett stressed that judicial review was a 'entirely a common law construct, established and evolved as a result of judicial decision-making'. Public law developed in exactly the same way as insurance and commercial law, he said.

Reiterating his words earlier this week at the swearing in of the new attorney general, Lord Burnett said: 'Commentators enjoy speaking of conflict when they talk of the constitutional commission forshadowed in the government's manifesto before the general election in December. There would be little mileage in stories suggesting that a period of calm reflection on various aspects of the constitutional arrangements in the United Kingdom is called for. The impact of the Human Rights Act and developments in judicial review are but one part of that. But calm reflection is what we hope to see.'

In other remarks, the lord chief justice said that more than 2,000 people have signed up to the free online course developed with Kings College London to explain the workings of the judiciary.

On efforts to improve the diversity of the judiciary, he said the wider legal profession has a role to play. ‘One of the problems that besets the legal profession is that too many bright kids don’t think the law is for them. That depresses me,’ he said.